And It’s Offensive Because Why?

I’m having difficulty grasping what is happening in this country, specifically in the South. I just read how some group was protesting the annual UCD convention and requesting that the venue deny their gathering. Unbelievable! Thankfully, the venue ignored their request. But what’s to happen next year? I shudder to think. Here is more bizarre news about the destruction of our history because it is supposedly, suddenly, inexplicably “offensive.” 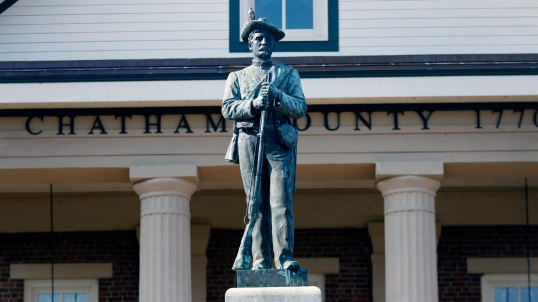 TWO RALLYS – NO BLOODSHED
Supporters and opponents of Confederate monuments gathered in downtown Pittsboro, North Carolina on Saturday afternoon to hold opposing rallies.
Police closely monitored both rallies.
As we reported last month, the Chatham County Board of Commissioners voted 4-1 to move the Confederate monument in front of the courthouse, which has been in place since 1907. This gives until October 1st for the local chapter of the UDC to come up with a plan for the statue.
The reality is the United Daughters of the Confederacy gifted the statue — which would make it public property and as a public monument the 2015 law which limits removal and alteration of monuments on public grounds would apply. That is why the city, over a hundred years later has “repudiated” the gift. If the courts allow this repudiation, which we suspect they will, it will set a dangerous precedent erasing the monument protection laws in most states.
ALSO IN NORTH CAROLINA 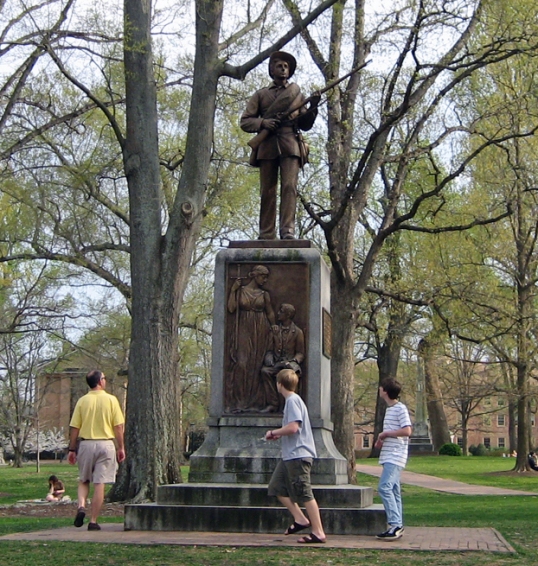 A student is climing to have found the remains of the Silent Sam monument. While the Charlotte Observer has reported the discovery they have not confirmed it. So far, The University of North Carolina will not comment on the matter. 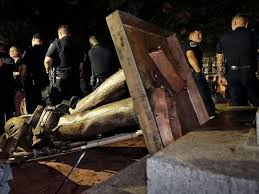 2 thoughts on “And It’s Offensive Because Why?”