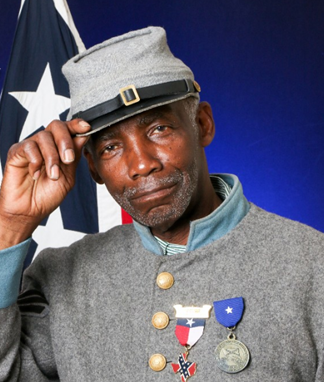 I am so impressed by this man! He doesn’t stand down, but instead, flies the Rebel flag proudly as he makes his way across the South in his Confederate uniform to talk to people about the truth. Let me know what you think of this article.

On the morning of August 21, 2018, don in the uniform of the Southern soldier, with the Southern Cross in hand, I would enter the grounds of the University of North Carolina Chapel Hill.
The first to greet me would be a campus policeman of whom alongside several other policemen would watch over me for my entire stay on campus. I salute them!
As I made my way to the base of the Confederate Cenotaph where Silent Sam once stood, a middle age white man who identified himself as an instructor, would pull alongside me and ask of me;  HK why are you here?  Silent Sam is truly silent today.  You may as well turn around and go home.
I told him “fat chance of that, because on this day, the base of Silent Sam will be a Meeting House (a place of worship), and I shall speak for all to hear of those brave babies he represents very loudly.”
Those babies who sat in their class rooms studying when word reached them of Lincoln’s army armed with General Order 200 issued by him to take the theater of war to the front door of the defenseless old men, women and children of the South.  Sherman would, after leaving Lincoln, gather his men around and tell them that he had orders from the Commanding Chief to burn, rape, plunder, and murder at will and that there would never be an accounting for what they do.   And they did!
These babies left their place of study to defend Southern home places from this immoral carnage.  And I might add, there were others just like them in other schools across the South …the Mississippi Greys of Ole Miss., the babies of the Citadel in Charleston, South Carolina…
And to have these thugs who descended upon the campus, taking the law into their hands and illegally Pull Silent Sam down; and to add insult to injury hurl false accusations that that it was somehow a “racist” Cenotaph leads me to believe that perhaps they forgot it was a Confederate soldier’s cenotaph, that of an integrated military, unlike Lincoln’s racist and segregated military.
One Yankee student would tell me and those gathered around, that he was “proud of” what Grant, Sheridan, and Sherman did in carrying out the total warfare orders, because it secured the North a win over the South.  And furthermore for me to “get off his campus.”
I told him that this campus belonged to the citizens of the Great State of North Carolina, and that he and his Yankee friends who applauded his rhetoric were there because of those citizens. And, furthermore, that if they did not like or approve of my presence, then they could leave. 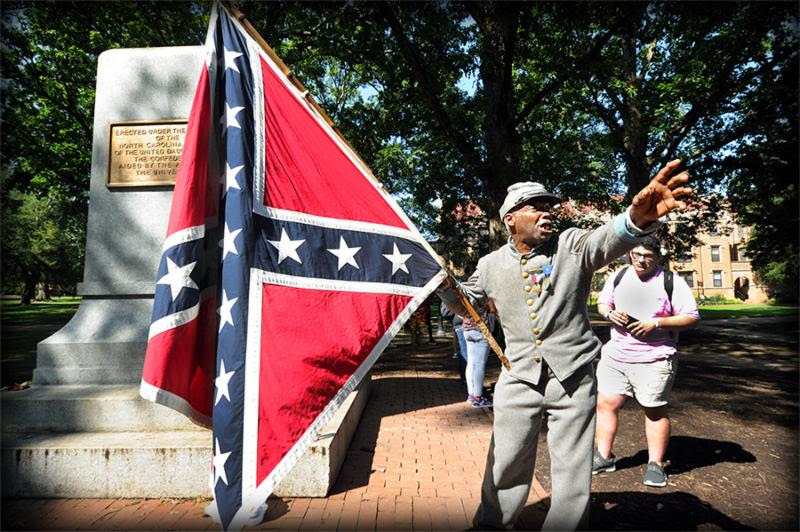 I was so very proud of a black professor, Omar King, I believe, was his name.  He had a handle on the criminal act of the thugs who illegally pulled Silent Sam down, and their disgraceful actions afterwards.
It was a very intense day, and I shall always remember the respect I received from so many of my Southern family.  And most importantly the decision by the Historic Commission, and the University Board of Governors, that Silent Sam must be put back in 90 days, and those responsible for the act be prosecuted to the full extent of the law.
I hope to be presence at the restoration event!
God bless you!

One thought on “An Amazing Perspective”