In Honor of His Ancestor

I absolutely love this story. It seems the tide against everything Confederate is finally starting to wane, and thankfully so. Those who think they are offended by the Southern Cross, Confederate monuments, streets and schools named after Confederate officers, etc. are nothing less than ignorant, in my opinion, and need to learn their history.

Back in the Saddle Again!
Retired Wall Street banker Edwin Payne, of upstate New York, recently partnered with the American Battlefield Trust to place a monument to his Confederate ancestor on the Brandy Station Battlefield in Culpeper County. 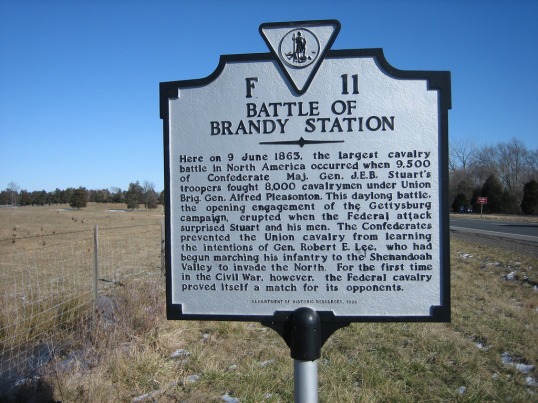 “I want to be on the right side of this,” said Payne, who grew up in North Carolina. “I am interested in history and the preservation of history and knowing our history so we don’t repeat it. There are a great many lessons to be learned from studying history. We don’t want this kind of thing to happen again, but it doesn’t mean you can erase it.”

His ancestor to whom the monument was placed was Gen. William Henry Fitzhugh Payne, founder of the famed Black Horse Cavalry. A Fauquier County lawyer and gentleman farmer, he joined the Confederacy at war’s outset and earned promotions based on his leadership, battlefield valor and meritorious service, according to the monument recently dedicated to mark the 155th anniversary of the Battle of Brandy Station, fought June 9, 1863.

Gen. Payne was wounded and captured three times during the war while at Brandy Station – the largest cavalry battle in North America. He took over command of a North Carolina regiment after its commanding officer, Col. Solomon Williams, was killed a mile from where the monument was placed, down a gravel road near the intersection of Beverly Ford Road and St James Church Road. He subsequently led the regiment at Gettysburg and later served in the state legislature.
Jim Campi, with the American Battlefield Trust, said it is very rare for the preservation organization to allow placement of monuments on battlefield land it owns. “Each monument has to go through a rigorous process, and we turn down far more than we accept,” he said Monday. “In this instance, we thought it appropriate to facilitate construction of the monument to W.H.F. Payne … by one of his descendants.”
Read about the Battle of Brandy Station in my novel, A Beckoning Hellfire. 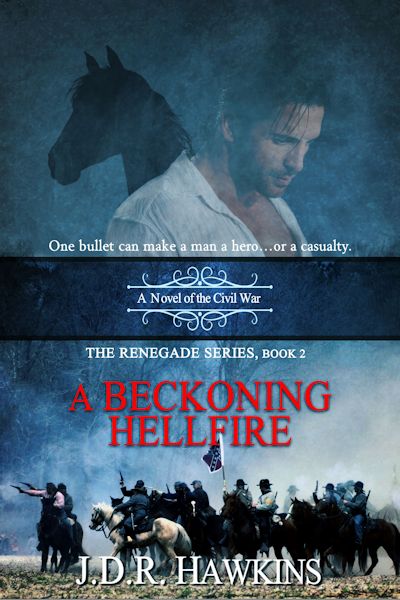