Punished for sins not her own, can a mortal claim her vampire mate?

The world of immortals must unite to save both themselves and the mortals they co-exist with from an ancient evil.

For Bede MacTaggert this means trusting in the warrior sent for her sister—a man of mystery, of power, and one who could easily sweep her into a world she’s destined to be part of.

An imperial guard to the king of vampires, Gawain has always tuned out the needs of the flesh. Dedicating himself to the service of the royals, he’s lived on the fringes of his people for centuries. Now he’s forced from the shadows and into the arms of a woman who will awaken his heart and body to a passion unequaled. 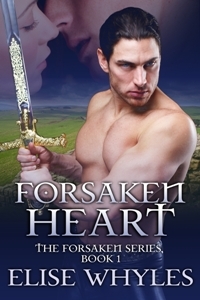 Born in Northern British Columbia, Elise is a small-town girl. She writes in a variety of genres including paranormal, contemporary suspense, m/m in various lengths. Currently, she lives in British Columbia with her husband and son, one dog, one cat, and a gecko. Elise enjoys reading as much as she does writing, with some of her favorite books being read until they fall apart.

She is currently working on the next book in the Forsaken Series, Burning Rain. As well she has a new contemporary she’s working on. For more information on Elise, or to check out her books you can find her on Facebook, twitter, and her website. 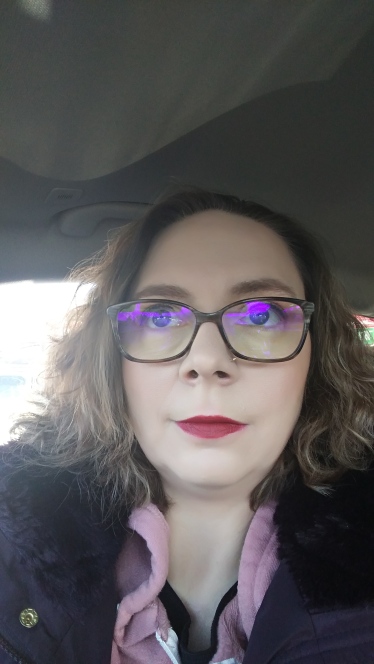 “Frails are not to be toyed with,” Gawain ground out and grabbed the girl, spinning her away, his sword at the ready as the man heaved upward, a dagger clutched in his hand. Gawain’s sword rested easy on his palm, ready, the surface slicked with blood as he faced the coward.

“She’s mine to do with as I choose.” He gurgled, collapsing to the ground, his weapon falling from pudgy fingers. “Paid ten pieces of gold for ’em both, and I aim to get a might of use out ’em.”

“Now she’s mine,” Gawain declared. Raising his sword, he drove it through the man’s chest, pinning his twitching frame to the ground. He stepped back, his gaze sweeping the clearing. Males such as this did not travel alone, his cohorts would be close. He’d need to find and kill them…

Searing pain lanced through him, splitting his chest. Gawain glanced down. The thin, sharp tip of a blade stuck from his chest. He touched the blade and snarled. The metal was warm, when it should have been cold. Shock slammed into him as the blade began to glow, turning a searing red before changing back to normal, or as normal as it could be with blood racing down the weapon.

Whirling, his hand already scrabbling for the dagger’s hilt in his back, he grabbed his assailant by the throat and lifted. Grunting as he pulled the weapon free, his lips curled upward. “You’d do well, wench, to know your place.”

“If you think I mean to let you do her harm…” Sputtering, her nails digging into his wrists, the girl’s brown eyes stared into his. Fear lay within the depths but something else stirred. Something dark, dangerous, easily recognized if one knew what they were looking for.

His fingers moved, tightening, loosening as he pulled her against him. Inhaling, he caught the faint scent of blood, fear, sweat, fire, and something sultry, sweet, and light on his tongue. Drawing the scent deep, he wallowed in it, his body responding to the aroma he’d dreamed of but never found.

Gawain inhaled slowly, his muscles tightening, burning. Using the tip of her dagger, he pushed the material of her shift aside. The scrolling marks of a serpent flared before his eyes. It coiled and danced beneath the girl’s flesh.