“The Unity Game” Is Science Fiction With Philosophy 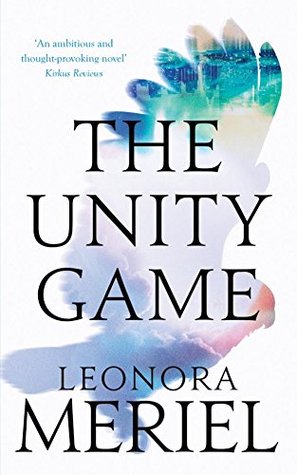 WHAT IF THE EARTH YOU KNEW WAS JUST THE BEGINNING?

A New York banker is descending into madness.

A being from an advanced civilization is racing to stay alive.

A dead man must unlock the secrets of an unknown dimension to save his loved ones.

From the visions of Socrates in ancient Athens, to the birth of free will aboard a spaceship headed to Earth, The Unity Game tells a story of hope and redemption in a universe more ingenious and surprising than you ever thought possible.

Metaphysical thriller and interstellar mystery, this is a ‘complex, ambitious and thought-provoking novel’ from an exciting and original new voice in fiction.

Reviews for The Unity Game

“Elegantly written, expertly crafted and a moving message. I found this book very hard to put down. Moving and poignant.” ~~ Lilly, Amazon US reviewer

“An engrossing, unique, and totally bizarre tale! I could not stop reading it once I started. Such a beautiful take on the afterlife, and its connection to those still living. A unity game, indeed!”~~ Brenna, Goodreads reviewer

Leonora Meriel grew up in London and studied literature at the University of Edinburgh in Scotland and Queen’s University in Canada. She worked at the United Nations in New York, and then for a multinational law firm.

In 2003 she moved from New York to Kyiv, where she founded and managed Ukraine’s largest Internet company. She studied at Kyiv Mohyla Business School and earned an MBA, which included a study trip around China and Taiwan, and climbing to the top of Hoverla, Ukraine’s highest peak and part of the Carpathian Mountains. She also served as President of the International Women’s Club of Kyiv, a major local charity.

During her years in Ukraine, she learned to speak Ukrainian and Russian, witnessed two revolutions and got to know an extraordinary country at a key period of its development.

In 2008, she decided to return to her dream of being a writer, and to dedicate her career to literature. In 2011, she completed The Woman Behind the Waterfall, set in a village in western Ukraine. While her first novel was with a London agent, Leonora completed her second novel The Unity Game, set in New York City and on a distant planet.

Leonora currently lives in Barcelona and London and has two children. She is working on her third novel.

Writing about violence as a peaceful person

Whatever kind of writer you are, your books will have characters that span the range of human emotions. Love, passion, bravery, fear, anger, elation, jealousy, despair, hope – during an author’s lifetime, the people who come to play their parts in the pages your tales will experience all of these. And somewhere along the lines, two men will fight a duel over a lady, or a mother will defend her children by killing a zombie with a sawn-off shotgun, or a soldier will take her first shot into enemy territory.

For better or worse, violence is a part of the society around us – albeit the very worst part, and a part that many people struggle to avoid and rid from our civilization. And yet, that can make it even more appealing as a subject to a writer, as it fits so well into the larger story of Good vs. Evil. Violence is a manifestation of evil; or it is an incredible act of heroism; or it is instinctive self-defense. There are many forms and threads that physical harm can take.

As a deeply peaceful person, I had not expected to find myself writing about violence of any kind. I have never been subjected to it, short of witnessing some street incidents in big cities, and my experience has been from second-hand observation of the society around us. When I read books, I try as much as possible to avoid descriptions of violence, and it is the one subject that will cause me to skip forward a few pages, if I think that the depictions of dreadful acts will root too deeply into my head and I will be struggling to purge them for years. Films, also, are often hard for me to watch, and I will happily turn something off if it is crossing my line of comfort, or even walk out of a movie theatre (Clockwork Orange and Kill Bill to date).

And yet, in my second novel, The Unity Game, my main character decided to kill. The novel is a metaphysical thriller with elements of sci-fi, and the murder had layers of meaning beyond the physical act, and yet I found myself easily writing this scene that in another book might horrify me. When I came to the editing stage, I considered re-writing the plot and removing it. And yet I couldn’t. My character had committed this deed, and I had to follow the consequences of the person who had manifested themselves in the pages before me. The murder stayed.

Later, as I thought about what I had written, and the actions of my character, I realized that it was perhaps because of my stance as a peaceful person, dedicated to bringing positivity to the world, that I had been drawn to explore this topic. How could someone be drawn to violence? How is it possible for human beings, who are born in total vulnerability to loving parents, come to shed blood, to harm, or to take other lives? If I was truly committed to my peaceful stance on the world, then I had to understand the motives and threads that draw someone into this mindset. And this is what I had done with my main character. I had explored a topic that I was fascinated by, in order to comprehend the situation I cared about.

The ease with which I wrote the scene, and with which my character turned to violence shocked me. When I was creating the events, I was inside my character’s head, and yet surely I was simultaneously tapping into a deep part of myself – the part that every human being has that is capable of violence.

The experience of this humbled me, and made me even more dedicated to understanding the causes violence in our world. In my next novel perhaps I will continue to explore this topic that is so relevant in modern society – and at the same time, seek for solutions in the pages of my books, and in the world around me.