Charlottesville Votes to Disregard Its History

Yesterday was a sad day for Charlottesville. In a 3-2 vote, the city council decided to remove the statue of Confederate General Robert E. Lee from Lee Park. I, for one, find this to be an atrocity. What is removing a long-standing statue of an American hero supposed to accomplish? Who, exactly, is offended by a statue of Robert E. Lee? I don’t hear anyone speaking up specifically, and yet, we keep hearing about how “certain people” are offended. Who, pray tell?

During the vote yesterday, several people in attendance, both black and white, were asked if they found the statue to be offensive. All said they were not. Again, who exactly is offended by old statues of Confederate soldiers? (Not counting the politicians who came up with this idea in the first place and pushed the issue through.) The statue was erected in 1924, so it has stood in the park for nearly 93 years. And now, all of a sudden, some people think some other people are offended. Really? Give me a break! 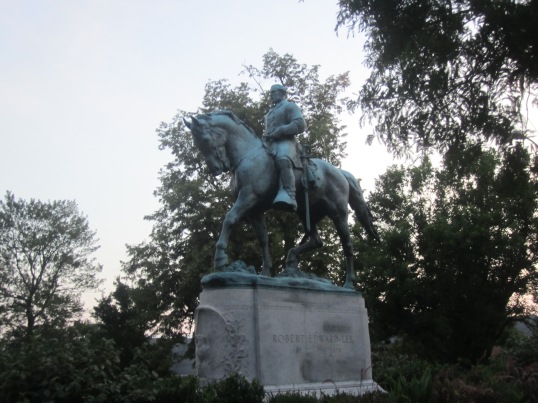 Lawsuits will undoubtedly follow, and I hope, for the sake of historical preservation, the statue remains in the park. It would cost the city taxpayers an incredible amount of money to move the statue, and for what? This is another shameful example of political correctness gone awry.

2 thoughts on “Charlottesville Votes to Disregard Its History”