My Book is Feature of the Day

This is being featured on the B.R.A.G. Medallion website’s blog today, so I thought I’d share. 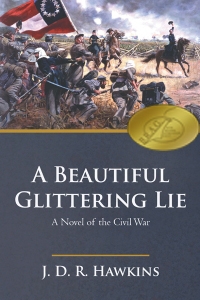 A Novel of the Civil War

So many of the original Southern cities were close to the coast, where fish or other seafood was plentiful.  They were often added to chowder for a fabulous, rich flavor.  As the war between the North and South progressed, the Confederate troops suffered greatly as supplies were cut off.  The basic foods were hard to come by.

Wine was a treat, but we can think of making this recipe or receipt, as recipes were called through the 19th century, in 1861 when ingredients still would have been stocked—certainly for the officers. Recipes for stock and chowder have been found among recipes of the era. For our modern cooks, the base of the soup can be made and frozen. Defrost and add seafood or fish of choice. For fewer calories, use milk of choice. 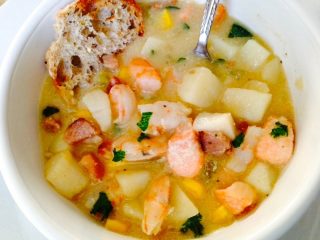 Salt and pepper to taste

Vegan/ Vegetarian: Omit bacon and use an additional ½ cup of onion. Use a vegetable stock. Substitute a soy creamer for heavy cream. Substitute 1 pound of potatoes and 1½ cups corn for seafood.

Kosher:  Omit bacon and use an additional ½ cup of onion. Use vegetable stock and kosher fish.

In the spring of 1861, a country once united is fractured by war. Half of America fights for the Confederate cause; the other, for unification. Rebel forces have already seized Fort Morgan and Fort Gaines, a new Confederate president has been elected, and the Constitution has been revised. In north Alabama, a farmer and father of three decides to enlist. For Hiram Summers, it is the end of everything he has ever known.

After Hiram travels to Virginia with the Fourth Alabama Infantry Regiment, he is quickly thrust into combat. His son, David, who must stay behind, searches for adventure at home by traipsing to Huntsville with his best friend, Jake Kimball, to scrutinize invading Yankees. Meanwhile, Caroline – Hiram’s wife and David’s mother – struggles to keep up with the farm as her world revolves around the letters she receives from her husband, whom she misses dearly. As Hiram and his son discover the true meaning of war, they soon realize that their choices have torn their family apart.

In this historical tale, the naïveté of a young country is tested, a father sacrifices everything to defend his home, and a young man longs for adventure – regardless of the perilous cost.