The stone house, built in the 1830’s, was owned by Thaddeus Stephens, the Radical Republican Pennsylvania congressman who played an important role in Civil War financing and the anti-slavery movement. The house was leased to Mary Thompson who, in 1863, was a widow living in the house with her eight children. The property surrounding the house played a pivotal role during the first day of the Battle of Gettysburg, July 1, 1863. Located on Seminary Ridge, the house was first in the center of the Union line of defense and then became a key position for the Confederates. Lee’s army pushed out the Yankees, and the Confederate general quickly took control of the house as his headquarters. For the next three days, the house served as a hospital, fortress, and nerve center for the Confederate army. 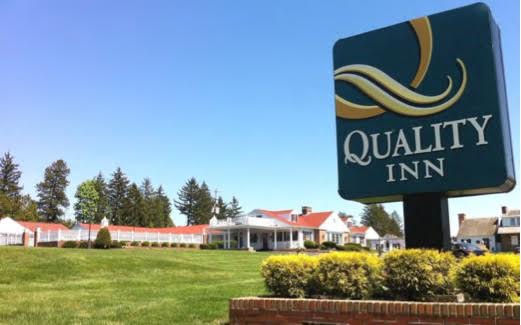 In the 1890’s, the house was left out of the National Military Park and fell into private hands. The site became a popular attraction. Campgrounds, cottages, and a museum popped up around the house. In the 1960’s, Larson’s Motel (later Quality Inn) and a large restaurant surrounded the house.

Two years ago, the Civil War Trust announced plans to purchase and restore the property, as well as four acres surrounding the house, at a cost of $6 million. After receiving donations, the property was purchased last year. This year, restoration to the property’s 1863 appearance began with the demolition of the restaurant and motel. This first phase will be completed this month.