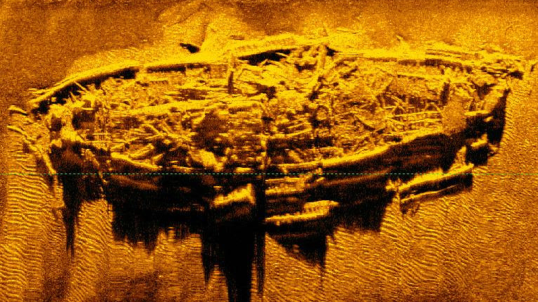 An area off the North Carolina coast known for its War Between the States shipwrecks may be adding another to the collection after the discovery of what is believed to be a Confederate blockade runner near Oak Island.
Archaeologists using sonar imaging discovered the 226-foot-long remains of a shipwreck on Feb. 27 in an area where historical documents indicate three runners used during the blockade of the port of Wilmington are located, said Billy Ray Morris, North Carolina’s deputy state archaeologist who manages underwater operations. Morris and a team of divers will return this Wednesday to the site, about 30 miles downstream near Fort Caswell to confirm their finding. 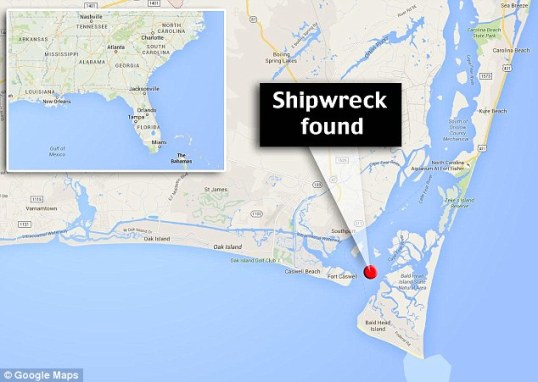 “Nobody’s found a new Civil War wreck in decades,” Morris said Monday. “With a high-energy maritime environment like you have off the coast of North Carolina, ships are broken apart. This one is relatively intact. You can see that it looks like a ship.”
Three blockade runners are known to have been lost in the area: the Agnes E. Fry, Spunkie and Georgianna McCaw. “By the time I’ve crawled across it with a team of archaeologists and a couple of graduate students … I’m confident I’ll know which wreck it is,” Morris said. He said he hopes to tackle the project on Wednesday. He added that he is not 100 percent certain that the shipwreck is one of the blockade runners.
Wrecks of 27 blockade runners, Confederate ironclads and Union ships used in the blockade have been found in the area that includes the Cape Fear River and the Atlantic Ocean around islands such as Oak Island, according to Morris. “It’s the single best assemblage of Civil War shipwrecks anywhere in the world,” he said.
Blockade runners were the cigarette boats of their era, moving fast with an unarmed captain and crew using their talents to avoid the Union ships and get their goods to land.

Military supplies would be put on trains to Weldon in northern North Carolina, and then on to Gen. Robert E. Lee’s Army of Northern Virginia. The civilian supplies were sold dockside. They were items that the Confederacy couldn’t make and which appealed to the wealthy, Morris said, such as wine and liquor, fancy fabric, books and shoes. 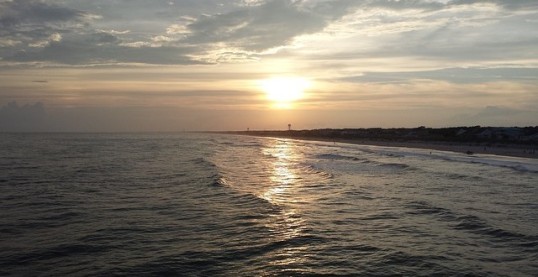 The Union blockade of the port of Wilmington began in 1861 and ended in January 1865, when the Union troops closed the port and overtook Fort Fisher.
The Underwater Branch of the North Carolina Office of State Archaeology and the Institute of International Maritime Research discovered the shipwreck with the help of a multiyear grant called the American Battlefield Protection Program, Morris said. The grant, funded through the National Park Service, is ending this year, he said.
(Courtesy of Dixie Heritage Newsletter, March 11.2016 ed.)