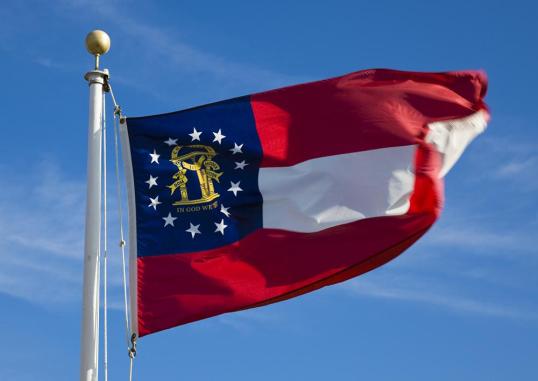 Not surprisingly to me, all things Confederate have fallen under attack. This was prompted by the shootings at a black church last year by a racist lunatic who posed in a picture with the Confederate battle flag. It seems this was all it took to spark a wildfire of attacks on Southern heritage and history, using the excuse of racism as a cloak to destroy these treasures and force a hateful message of cultural cleansing on everyone. In Georgia, the following has been targeted:

The Chattooga County Commissioner has the flag display removed from the Confederate Monument on the County Courthouse grounds.

The NAACP and the SCLC call for the removal of the Confederate Memorial carvings from Stone Mountain.
Liberal Activist in Rabun County attempts to remove the flag display from the Confederate Monument in Clayton, Georgia.
Representative DaLawn Jones of district 62, files House Bill 760 that would change Stone Mountain from being a memorial to the Confederacy and give the authority to state agencies to define and change monuments if they deem them inappropriate.
State Senator Vincent Fort of Atlanta files Senate Bill 294 that prohibits the recognition of public and legal holidays honoring, recognizing, observing, or celebrating the Confederate States of America, its history, or the military or political leaders thereof or the Civil War; to repeal the observing of Confederate History and Heritage Month.

All these attacks are nothing less than alarming and disrespectful. Lest I remind these politically correct activists that the items listed above are in honor of American veterans. Regardless of what side of the Civil War they fought for, they were designated as U.S. veterans decades ago. To try and take away the honor they earned and deserve is nothing less than shameful and selfish.

House Bill 50 has been filed in support of “protecting government statues, monuments, plaques, banners, and other commemorative symbols; to provide for related matters; to repeal conflicting laws; and for other purposes.” To read House Bill 50, check out: