War Waged Against Everything Confederate in Florida

According to a letter from David McCallister, the Florida Division Sons of Confederate Veterans Heritage Chairman, there are three pending initiatives in the Florida Legislature. Mr. McCallister believes these initiatives would greatly affect the SCV.

The most dire initiative would make it illegal for anyone in the state to display any Confederate flag or emblem on public property. This includes courthouses and courthouse squares, the Capitol, state parks, museums, libraries, cemeteries and parking lots.
It includes all Confederate flags, not just the battle flag that has recently come under attack across the country. The initiative also includes re-enactments, festivals, such as the Battle of Olustee, or Rifles, Rails and History in Tavares. If anything Confederate is displayed, citizens would have the right to sue.
The initiative is classified as Senate Bill (SB) 154 and House Bill (HB) 243. This is alarming, to say the least, because if these bills are passed, there will be no stopping such atrocities from happening in every state. It is an unfunded mandate from Tallahassee and is imposed on all other governmental entities of Florida. If passed, it could cost Florida residents millions of dollars. 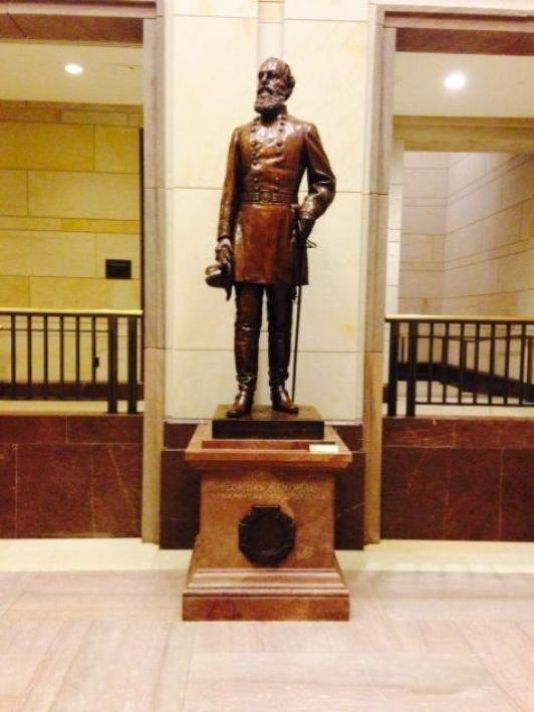 The second initiative is just as appalling. It proposes to remove the statue of General Edmund Kirby Smith as Florida’s representative in Statuary Hall in Washington D.C. This initiative was sponsored by a history teacher from Pasco County. Apparently, this teacher has never studied Southern history and has no idea who Smith was. The bills are HB 141 and SB 310.

The third bill proposes to change the Florida State Senate Seal by removing the Confederate flag from the five historical flags display. The argument for this bill is that the CSA was not a sovereign nation, but this is false. The bill is SB 1026.
It is nothing less than shameful that certain politically correct special interest groups are pushing to remove all things Confederate, and thus, attempting to erase a significant part of Southern history and identity. The bills are offensive and discriminatory against Florida veterans and residents.

2 thoughts on “War Waged Against Everything Confederate in Florida”