The Hidden Children (The Lost Grimoire #1)

‘What price would you pay to be extraordinary? What would you do to speak to a butterfly? 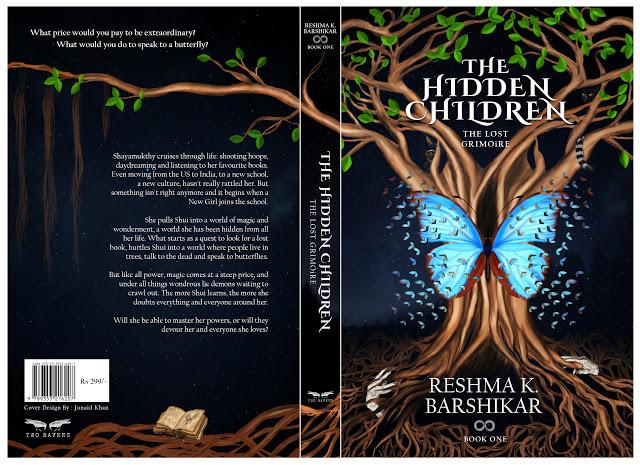 Shayamukthy cruises through life: shooting hoops, daydreaming and listening to her favourite books. Even moving from the US to India, to a new school, a new culture, hasn’t really rattled her. But something isn’t right anymore and it begins when ‘New Girl’ joins the school.

She pulls Shui into a world of magic and wonderment, a world she has been hidden from all her life. What starts as a quest to look for a lost book, hurtles Shui into a world where people live in trees, talk to the dead and speak to butterflies.

But like all power, magic comes at a steep price, and under all things wondrous lie demons waiting to crawl out. The more Shui learns, the more she doubts everything and everyone around her.

Will she be able to master her powers, or will they devour her and everyone she loves? 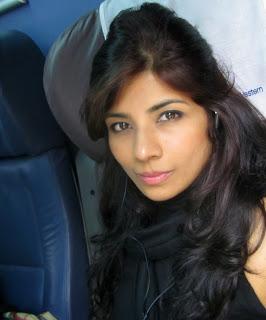 Travel writer and novelist Reshma K Barshikar is an erstwhile Investment Banker who, as she tells it, ‘fell down a rabbit hole and discovered a world outside a fluorescent cubicle.’ As a travel and features writer, she contributes to National Geographic Traveller, Harper’s Bazaar, Grazia, The Sunday Guardian, SilverKris, The Mint Lounge and The Hindu. Fade Into Red, published by Random House India was her debut novel and featured in Amazon Top 10 Bestsellers. She also holds well renowned workshops for young adults at both BDL Museum and Kala Ghoda and is keen to build a strong Young Adult reading and writing community to fill the desperate lack of young adult fiction in the Indian Market. Her new Young Adult novel, The Hidden Children, will be launching at the Vizag Junior Literary Festival. Reshma is from the ISB Class of 2003. She calls both Mumbai and the Nilgiris home.

Amazon.com staff are telling irate customers that the company was ordered by the federal government not to sell items featuring the Confederate Flag. Amazon made the announcement, along with eBay, Sears and Walmart, that it would no longer sell products bearing the Confederate Flag, but according to a conversation posted on YouTube between a customer and an Amazon sales rep, the decision could have been made as a result of pressure from the Federal Government.

At first, the Amazon staffer claims that the items were banned because they were deemed to be offensive, but when pressed by the customer, the sales rep tells a different story.

“Is this a political statement by Amazon.com or is this a directive that you’re following, that the government said you know we want you guys not to sell these anymore?” asks the caller.

“The government is not allowing us to sell this Confederate flag,” responds the staffer.

“So the government is not allowing you….to sell it?” asks the caller.

“So Amazon is not making a political statement, this is something the government told you to do?” questions the caller.

In addition, when customers queried Amazon’s decision to stop selling Confederate items via the company’s official website, they were told by another Amazon representative that the items were no longer available as a result of “federal law” and that Amazon was “instructed to remove all Confederate flags from sale.”

This of course makes the entire story far more sinister. As a private company, it is Amazon’s right to sell what it likes, no matter what people feel about the decision, but if the federal government has ordered the retailer not to sell Confederate Flags (while Nazi memorabilia is still freely available), this clearly represents an egregious act of censorship that has no basis in law. Karl Marx would be happy.