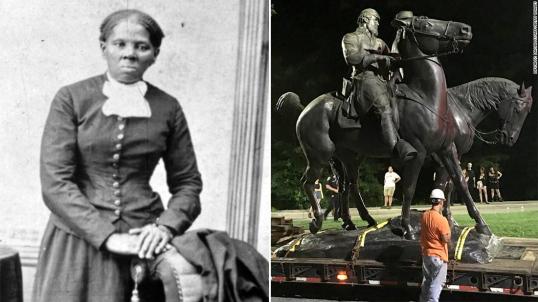 I have to admit, I’m not sure how I feel about this. Granted, it’s a noble thing to honor Harriet Tubman, and far overdue. But to take down century-old statues of renowned Confederate generals who, by the way, were dubbed American veterans years ago, rubs me the wrong way. Why not set aside another park to honor Harriet Tubman, instead of taking down beautiful artworks (i.e. statues) that have stood in this place for years? To say it bothers me is putting it lightly. 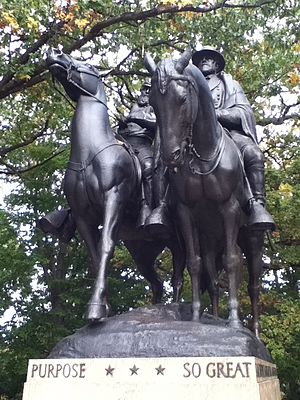 More than 200 local residents and politicians gathered in a tree-lined corner of a Baltimore park…to rededicate the space, which had long venerated two Confederate generals, to the famed abolitionist and Underground Railroad conductor Harriet Tubman.
The ceremony in Wyman Park Dell, on the 105th anniversary of Tubman’s death, took place feet from the now-empty pedestal of a large, bronze double-equestrian statue of Confederate Gens. Robert E. Lee and Stonewall Jackson, and officially renamed the space Harriet Tubman Grove. 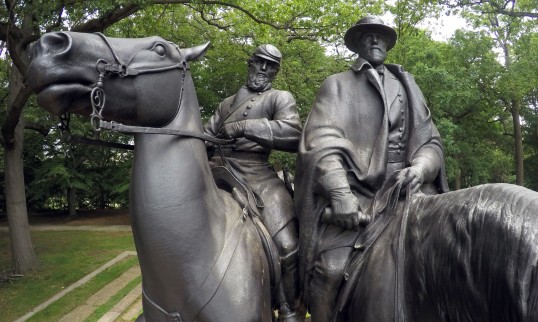 The statue had stood in the park since 1948, but was secretly removed in the dead of the night by the Mayor’s order in August.  Mayor Catherine Pugh’s administration removed four Baltimore monuments, the Lee-Jackson monument, a monument to Chief Justice Roger B. Taney at Mount Vernon Place, the Confederate Soldiers and Sailors Monument on Mount Royal Avenue and the Confederate Women’s Monument on West University Parkway. They Taney monument having nothing to do with the Confederacy, Mayor Pugh just didn’t like his politics. 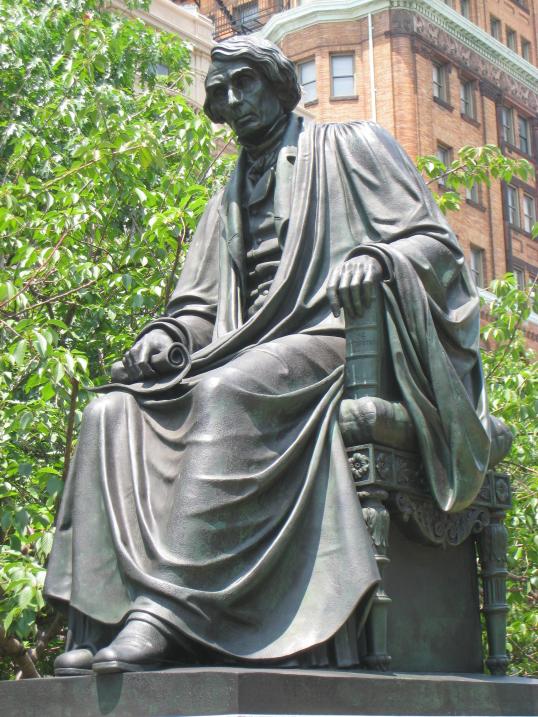 This park dedication coming on the heels of good news. At the Federal level, the
Treasury Secretary won’t commit to putting Tubman’s face on $20 bill. Remember that Barack Obama had issued an executive order to that effect during his “lame duck” period.
The City of Baltimore does not, at this juncture, intend to erect a statue of Harriet Tubman to replace the monuments removed. That, friends and neighbors, would, to quote Barak Obama, “cost some serious Tubmans.”
https://baltimoreheritage.org/event/dedication-ceremony-harriet-tubman-grove-wyman-park-dell/
(Courtesy of Dixie Heritage Newsletter, March 16, 2018 ed.)
Posted in Uncategorized and tagged Baltimore, Confederate, Harriet Tubman, Maryland, Robert E. Lee, Stonewall Jackson, Underground Railroad, Wyman Park Dell | Leave a comment