Archive for the tag “White House” 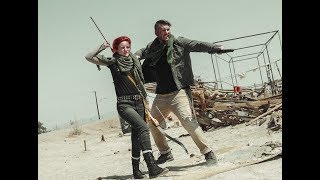 I was recently alerted to a dismaying situation that I find daunting, to say the least. Apparently, the group Black Lives Matter has threatened the United Daughters of the Confederacy’s annual convention. I am a proud member of the UDC, and I find it a national calamity that violence and intimidation of this nature is being tolerated. To single out any group and attack them is unacceptable. Because they are targeting the UDC, it only shows their ignorance toward the organization and what it has done for this country, particularly the South. Not only does the UDC honor our current veterans, but we show honor toward those who fought for the South during the Civil War. To attack this organization is insane, and it’s extremely sad that this is being allowed to happen.

According to the UDC’s website, “the UDC was incorporated under the laws of the District of Columbia on July 18, 1919. As stated in the Articles of Incorporation, the Objectives of the society are Historical, Benevolent, Educational, Memorial and Patriotic.”

Below is a letter written by my friend, Mark Vogl:

For the first time in my life, I am now experiencing what so many human beings, in so many third world nations experience.
The United Daughters of the Confederacy annual convention in Louisiana is being targeted by a violent, out of control group which has caused the host hotel to block all vendors from selling items at the convention.  Therefore, I was called today by the president of the La. UDC and told that I could not be a vendor…at an event planned for more six months… product ordered a year ago, made overseas, shipped into the US …not allowed to be sold because of the threats of violence and vandalism at the host hotel!
The women are experiencing threats of violence.
Business interests now must fold to the threat of violence.
Investments, travel plans, etc.
The police in Baton Rouge appear unable to provide security for the event.
This is the result of the Obama Presidency, the Supreme Court, and the McConnell – Boehner leadership in Congress.  America…petrified.
Where is the FBI?  Where is Homeland Defense when this kind of domestic terrorism occurs?
Folks, if you think this is limited to Southern heritage organizations you are forgetting 1968, and you are forgetting Ferguson and every other race based riot.
It would appear that President Barack Obama has either lost control of “community” or is encouraging a state violence in order to declare martial law… something America has never done, not even during the Civil War!
Thank you to all those in public office, or have been in public office who have allowed this situation in the United States of America.  This is the result of rejecting Christ, rejecting American heritage and culture, and the election of race oriented, anti-American socialist into the White House.  If you say that is not true, please show me President Obama’s reaction to the ongoing violence in this nation?!  Please show me his Executive Orders directing the FBI and other agencies to crack down on Black Lives Matter, the New Black Panthers and other Hate groups!
Remember the Jews in Germany?  That’s how I as a Southerner feel now..but there is one difference…and I will use it to defend my life, my home, my family and my faith.  And I stand ready to follow that leader who will react to this direct attack on the American Way.
God Bless the South, and I pray for His Protection and Providence.
Mark Vogl

As you can tell, Mark is very upset about this. Let me know what you think we can do to end this type of unnecessary intimidation and threats of violence.
Posted in Uncategorized and tagged Baton Rouge, Black Lives Matter, Civil War, Germany, heritage, Homeland Defense, Jews, Louisiana, Obama, South, UDC, United Daughters of the Confederacy, Veterans, White House | Leave a comment

Racehorses and the Civil War

Many racehorses were used during the Civil War. My new book, Horses in Gray, discusses this topic. At the start of the war, Southern gentry thought that thoroughbreds would outperform other breeds, and thus assure victory for the Confederacy. Southern soldiers brought their steeds with them, and most were nimble, well-bred stock from Virginia and Kentucky. However, it didn’t take long for both armies to figure out that thoroughbreds were too flighty and unpredictable under gunfire, so they switched primarily to Morgans, Percherons, and Saddlebreds, and used various other breeds as well.

Thoroughbreds were mostly ridden by commanding officers after that, to give them the appearance of dignity and nobility. General Grant’s horse, Cincinnati, was a descendant of Lexington, a record-breaking thoroughbred. Grant was supposedly offered $10,000 in gold for Cincinnati, but he declined the offer. President Lincoln rode the horse on occasion, and reportedly enjoyed riding him very much. After Grant was elected president, Cincinnati went with him to the White House.

General Lee’s horse, Traveller, also had royal racing blood in his veins. His lineage stretched back to English racehorses; from Diomed, to Sir Archy, to Grey Eagle, which was Traveller’s sire. Grey Eagle was a famous, full-blooded thoroughbred, and set many records. Traveller’s dam was a half-bred grade mare named Flora. After the war, Traveller accompanied Lee to Washington and Lee University in Alexandria, Virginia, where Lee served as president. The general gave rides to the town’s children on Traveller, and everyone could set their timepieces to the punctuality Lee displayed when riding Traveller through town.

On this date in 1973, Secretariat won the Kentucky Derby. It was the first of Secretariat’s Triple Crown victories. It should be interesting to see how American Pharoah, last Saturday’s Kentucky Derby winner, does in his two upcoming Triple Crown races. Thoroughbred racing was a very popular sport in this country since its birth, and fortunately, still is today.