Archive for the tag “thriller”

An uncomfortable but fascinating ripening journey.

Ahmed has abandoned her. Nadia is gone the way Isabelle did before, her two fallen warriors. But Marie can still hear His voice clearly.

A deep call for justice takes hold in an impressionable teenage girl from a recently broken family during a religious retreat; what happens next will mark her life for years to come.

the Retreat is a story of men playing God, of hurt that doesn’t find its way out.

Find it on Amazon

The story moves back and forth in time and place. From Brussel’s during Marie’s early teenage years with her mother and siblings, to Zermatt where she’s sent with the nuns on a fated ski trip. Years later in London, Marie is attempting to find a job and build a life with Ahmed who she met on a plane, when she’s lured to a Victorian bathhouse and meets troubled Nadia. But the book begins and ends after Marie’s London years, back in her natal Bordeaux. There Marie strikes the final blow in her prodigal daughter’s return of sorts.

Marie is cute with a sexy gap like a secret passage between her upper incisors. She was once a diligent student, before her estranged dad left them or was driven away, or they left and he failed to follow the family to Brussels. But soon after her ski trip trouble, she’s labelled a rebel by her conservative single mother whose only hobby is work and only God is sacrifice, accused that her kind of righteousness gets them into trouble. Is God where Marie’s fight started? She thinks when people have faith in nothing they’re less dangerous. Why can’t she marry well like her older sister or build a successful career like her brother? She tries shortly with Ahmed in London, until Nadia lures her back into her old destructive ways, eventually prompting Marie’s return to her natal town where nothing has changed. There Marie feels blamed for her younger sister Lucie’s depression, her marriage to old peasant Raoul and her recently found fervour to breed donkeys. Marie knows Lucie is angry against her and she’s angry back. How many things have happened in Marie’s short life! Has Marie inherited them in a way? Who has forced them upon her?

Hélène is endowed with breasts big enough that she would still be liked even if she was ever forced iron on her smile. Hélène has been there for ages and is confident in and out of school premises, talking to the school’s staff, with colleagues of every race, sex, colour and nationality. She’s even fun. She is every classmate’s dream and every teacher’s pet, and the section’s headteacher is her father, her surname forever capable of favouring her. She’s definitely trouble.

Martine emulates Hélène in every way she can, even if she falls desperately short of her goal: other than for her derrière extraordinaire, she seems a good for nothing girl, hardly a genius.

Monsieur Berger, the religion teacher, wears large Italian spectacles he claims to have bought in Rome whilst on a visit to the Pope and uses a few long strands of white hair to pretend he isn’t bold. His skin, especially around his hands and eyes, is wrinkly, pale and freckly, and his fingers tremble during his impassioned oratories, making him look like a Mayan idol whose touch unleashes visions from dubious gods. Monsieur Berger exclusively wears brown corduroys, paired with pale cashmere turtlenecks and shirts which look far too expensive for anyone vowing poverty like he insists he does. And he often delivers the full lesson with his zip undone. The rumour is Monsieur Berger was not always the religious type but has a florid past. Are clumsy Sister Perline and sour Sister Prudence covering for him?

Isabelle’s a very quiet girl, not as sexy-pretty as Hélène, but still deliciously put together down to every centimetre allocated to her face and body, except for her dark, luscious half-eyebrow. Where’s the other half gone?

Ahmed is on his early twenties with captivating eyelashes, working in a bank in London. The day Marie met him she thought he was it; understood

that much of what she had been missing and actually required was in his love. She temporarily felt locked outside of her misery. But it turns out the man was tormented by the curse of ambition, like a prospector in the Wild West, ready to suppress every good bit of himself for no trouble to come his way. Ahmed had been put there to fill a void. Yet after a year they had been together he had not managed to modify a thing in Marie, nor to impress in her body one lasting imprint: nothing of him had endured.

The same thin, long neck as Isabelle. The same straight black mane of hair. The same thick, dark eyebrows; both eyebrows. Her hands, one slightly deformed. In the haze of the baths Marie thinks Nadia’s stomach looks so tiny, her belly button so pretty. Her voice is gentle almost that of a ghost. ‘Do you believe in God?’ Nadia has lost a sister to a fire and her brother is angry. When she extends her sponge, Marie’s ready to let the young woman invade her like a peacekeeping force.

If the book interests you, you can request for a REVIEW COPY in exchange for an honest review.

Mari.Reiza was born in Madrid in 1973. She has worked as an investment research writer and management consultant for twenty years in London. She studied at Oxford University and lives off Portobello Road with her husband and child. 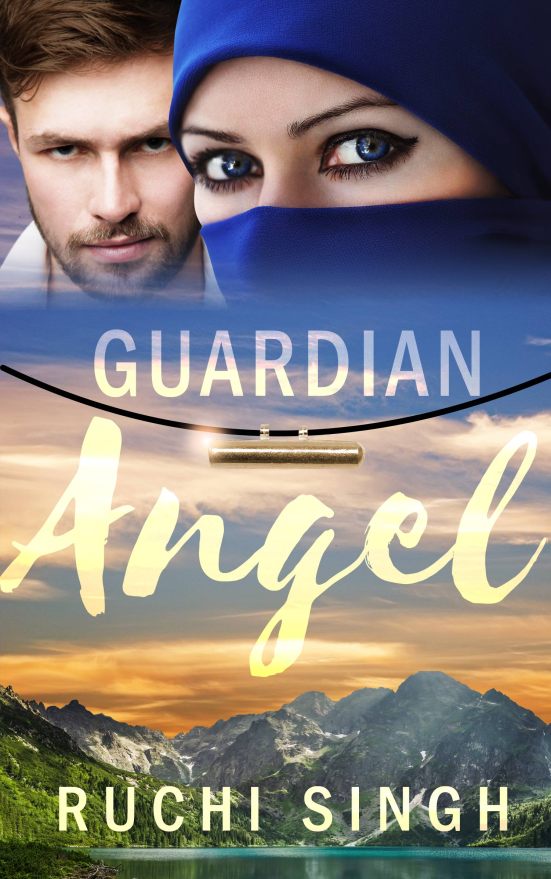 Security expert Nikhil Mahajan is in mortal danger. Gravely injured and unable to see, he is in the midst of hostile strangers in an unknown place. Any hope of survival is fast fading away.

Should an innocent man be left to die just because he had been in the wrong place at the wrong time? Someone has to intervene.

Taking the support of the wall, head bent down, he stood under the shower with the water running down his face, and wept. The adrenaline rush of keeping himself alive receded as he emptied the fears, worries, and helplessness of the past month down the drain with the bathwater. The thought of being able to see his parents soon made him more emotional. He sniffed and sniveled, and resolved to take back control of his life. And most of all, he resolved to do something about those monsters back in the Tral forest.

I couldn’t have begun the New Year with a better read! Thrilling, fast-paced, edgy…Ruchi Singh is on top of her game with this unputdownable book! ~ Adite

The build up to the culmination is fantastic – the suspense carries through to the end. The romance simmers and sparkles. ~ Reet Singh

Guardian Angel is a brilliant thriller set in Kashmir in which both the principal characters are in deep trouble. This sets the tone for a nail-biting story. There is no let up in the suspense and the book kept me hooked till the last page. I liked the ending immensely! ~ Jennifer Thompson

Winner of TOI WriteIndia Season 1, Ruchi Singh is a novelist, and writes in two genres; romance and romantic thriller. A voracious reader, she loves everything—from classics to memoirs to editorials to chick-lit, but her favourite genre is ‘romantic thriller’. Besides writing and reading, her other interests include dabbling with Indian classical dance forms. 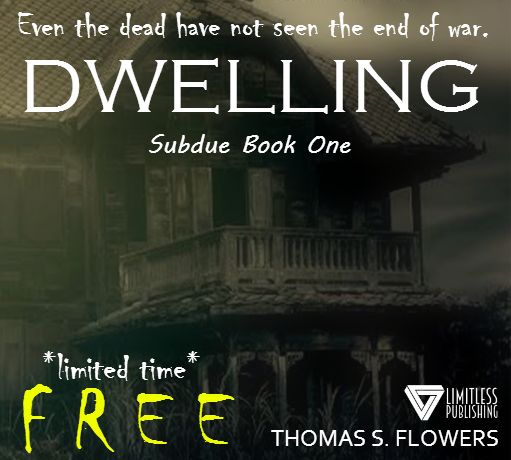 Today I have the privilege of spotlighting a new book by Thomas S. Flowers, titled Dwelling. This book, the first in a series, looks deliciously scary, and I can’t wait to read it! There is a link at the bottom of this blog to obtain a free copy, so take advantage of the opportunity. Here is a short synopsis of the story:
A group of inseparable childhood friends are now adults, physically and psychologically devastated by war…
A horrifying creature emerges from a sandstorm just before Ricky Smith dies in battle. Forced to leave base housing, his widow Maggie buys a home on Oak Lee Road in the town of Jotham. Maggie is isolated in the historic house…and disconcerted by strange clicking sounds inside the walls.
Jonathan Steele attempts to drink the painful past away…
Jonathan was wounded in that fateful battle and now suffers from PTSD. He wants to put the nightmare behind him, but when Ricky’s ghost appears with cryptic warnings about Maggie’s house, he begins to question his sanity.
Bobby Weeks is a homeless veteran struggling with a lycanthropic curse…
Afraid of bringing harm, Bobby stays far away from those he loves. But after a full moon, a mysterious woman approaches him and reveals a vision about a house with a sinister presence, and he realizes staying away might no longer be an option.
Minister Jake Williams lost his faith on the battlefield…
While Jake will do anything to reconnect with God, he turns to vices to fill the religious void. But a church elder urges him to take a sabbatical, and a ghost tells him to quit the ministry, and his life is more out of control than ever.
When Maggie wakes in a strange subterranean cavern, she can’t deny her home harbors dark secrets. Desperate, she sends letters to her old friends to reunite in Jotham, and events conspire to draw them all to the house…unaware of the danger awaiting them.
The friends have already been through hell, but can any of them survive the evil dwelling beneath the House on Oak Lee?