Archive for the tag “Prohibition”

The Hunt for the Irish Connection 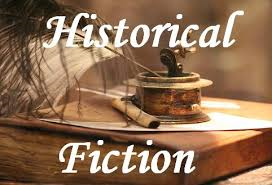 Writing has helped me make some fascinating discoveries over the years. Because I write historical fiction, I have learned to extensively research my topics before delving into a manuscript. Finding little known facts has given me an interest in researching various subjects. My passion lies with the Victorian Era, but I also love writing about the Roaring 20’s and Prohibition, as well as other aspects of American history like the 1960’s and 70’s. 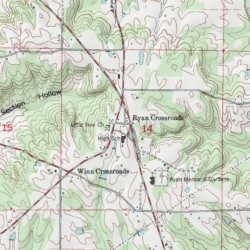 Through my research, I have uncovered some interesting things. For instance, I apparently have distant relatives living in Alabama that I never knew about. This tidbit would never have come to my attention if I hadn’t been doing research for one of my novels. I also discovered some of my husband’s long lost relatives who lived in Virginia near Chancellorsville. This came to my attention after conducting research for my novel, A Beckoning Hellfire.

Now I am on the hunt for my Irish roots. After moving to Sioux Falls, South Dakota, two years ago, I learned that my great grandfather lived here once he divorced my great grandmother. I looked through old city and county records, and found out his exact date of birth, death, and the name of his daughter, who would have been my great step aunt. I even learned why his body was sent to Tucson, Arizona. After more research, I learned the names of his siblings and his parents. Now I just have to find out where in Tipperary, Ireland, they came from and which port of entry they came through. I’m hoping that the New Year will provide me with unanswered questions and help me find my Irish connection. 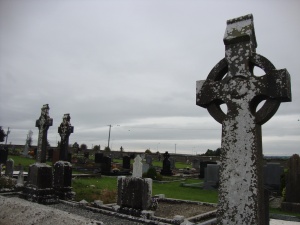 I have recently developed a profound interest in genealogy. Not just in general, but MY genealogy, to be specific. I guess this started while I was researching my Young Adult historical fiction about my hometown, Sioux City, and my great aunt. She and her husband ran a hotel downtown during Prohibition, and there are many colorful stories surrounding the place. Unfortunately, the hotel was razed in the 1960’s, but that doesn’t deter me from searching out interesting tidbits about my ancestors. It’s amazing what deep, dark secrets I’ve uncovered about my family!

My latest quandary is my great-great grandfather. He divorced Great-Great Grandma, a rare occurrence at the time, and after that, basically fell off the planet. The entire family lost contact and track of him. Some say he went to Texas, but most don’t have a clue. He is the key to my Irish ancestry, since his parents came over, but his story remains elusive for now.

After I wrote my first book about the Civil War titled A Beckoning Hellfire, my husband grew curious about his ancestors. He discovered that his great-great grandfather was a Confederate soldier who served as a Cherokee interpreter for Nathan Bedford Forrest. (Thanks to fellow Sons of Confederate Veterans member Lynn Herron for researching this!) A United Daughters of the Confederacy sister of mine recently posted that she discovered a Civil War ancestor who fought for the Union. She seemed appalled, but I think it is admirable, since men on both sides basically fought with the same valor and enthusiasm. In my opinion, there were no wrong sides in the War Between the States – just wrong governing that lead the country to such a disastrous result.

As I sit here watching a TV show about historic Scotland (my husband is a descendant), I long to find out more about my Irish clan. Maybe, someday, I’ll discover the truth.