Archive for the tag “Philadelphia Inquirer”

I’m always fascinated to learn about long-lost items from the Civil War that have been discovered. When I lived in Mississippi, it was fun to see what some of my WBTS enthusiast friends found with their metal detectors – from coins to belt buckles to buttons. The most interesting find was a Confederate sabre that a friend found buried on his farm. There are lots of theories about what happened to the Confederate gold, and now, some say they have found Union gold. I hope you find this article as fascinating as I do! 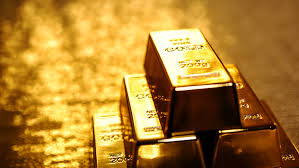 “I’m not going to quit until it’s dug up,” Parada told the Philadelphia Inquirer, “and if I die, my kid’s going to be around and make sure it’s going to be dug up.

Dozens of FBI agents, Pennsylvania state officials and members of a treasure-hunting group dug in a remote Pennsylvania site earlier this week, on rumors of Civil War-era gold being buried there.

A 155-year-old legend has it that a Civil War-era gold shipment bound for a U.S. Mint in Philadelphia was either lost or hidden northeast of Pittsburgh around the time of the Battle of Gettysburg in 1863.

“There’s something in there and I’m not giving up.”

Based on different stories, the shipment was composed of either 26 or 52 gold bars, each weighing 50 pounds, meaning it would be worth $27 million to $55 million today.

Local lore that the federal gold might be buried at the Dents Run site in Benezette Township, Pa., about 135 miles northeast of Pittsburgh, caught the FBI’s attention.

So earlier this week agents from the bureau and officials from the Pennsylvania Department of Conservation and Natural Resources (DCNR) set up a search area off Route 555, the Courier-Express reported.

The site is west of Driftwood, where a crew delivering the gold was attacked in an ambush, lone survivor Sgt. Jim Connors reportedly told his Army superiors at the time, the Philadelphia Inquirer reported. But the Army reportedly doubted his story and Connors died in a “western outpost,” leaving the loot unfound.

This week the FBI wouldn’t say why it was at the site, revealing only that it was conducting “court-authorized law enforcement activity.”

Historians have cast doubt that the shipment of gold was lost on its way to Philadelphia. Finders Keepers also said Pennsylvania’s Historical and Museum Commission claims the legend of the lost gold is a myth, the Inquirer reported.

But the lost treasure recovery group has insisted for years that it discovered buried gold in a state forest at Dents Run (within the township) using a high-powered metal detector, but federal law wouldn’t allow it to conduct a dig in search of more, the Courier-Express reported.

A spokesman from the Pennsylvania DCNR said that the group previously asked to excavate the site, but elected not to pay a required $15,000 bond.

The spokesman also referred questions on Tuesday’s activity to the FBI, and Parada said he was under FBI orders not to discuss the site.

The Associated Press contributed to this report.