Archive for the tag “Perryville”

The Haunting of the Perryville Battlefield 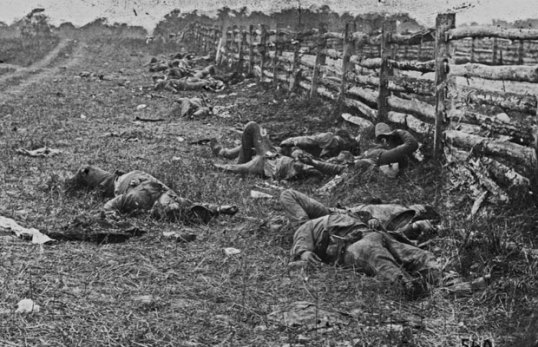 Most people wouldn’t think of Perryville, Kentucky as being one of the most haunted places in the country. But on October 8, 1862, a terrible tragedy took place there that forever left an imprint on the land. Union and Confederate troops clashed for several hours, leaving approximately 7,600 young soldiers either, wounded, dead, or missing. The nearby Chaplin River ran red with blood from the fallen. The battle decided the fate of the state, and although the battle was a tactical victory for the Confederates, the Union army received enough reinforcements to force Confederate General Braxton Bragg back into Tennessee. His army would never again enter Kentucky. Because of this, the Federals had the opportunity to properly bury their dead. The Confederates, however, were unceremoniously thrown into mass graves and haphazardly left in unmarked plots on the battlefield. 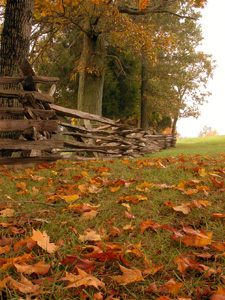 It isn’t surprising, then, that countless visitors to the battlefield have witnesses ghostly figures wandering the grassy fields, sometimes in broad daylight. Many reported seeing full-bodied apparitions marching across the fields, and have heard the deep percussion of heavy artillery and cannon fire echoing across the rolling hills. Disembodied voices have been captured on audio, responding to questions with intelligent responses that were indicative of 1862. 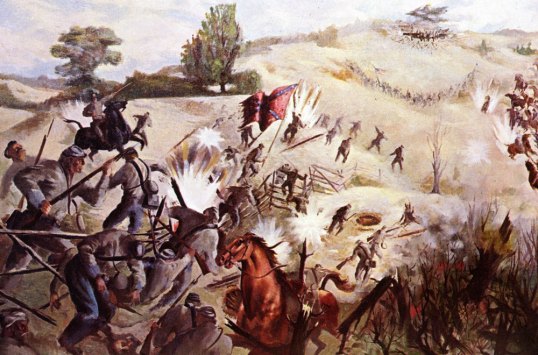 Not only is the battlefield haunted, but so is the nearby Dye House, which served as a makeshift hospital after the battle. The structure witnessed hundreds of emergency surgeries, amputations, and painful, gruesome deaths. So much blood was spilled on the floors that, to this day, has been impossible to remove.  People have heard footsteps descend the stairs, and doors open and close by themselves. Recordings have been made where ghostly voices claim to be Civil War doctors. 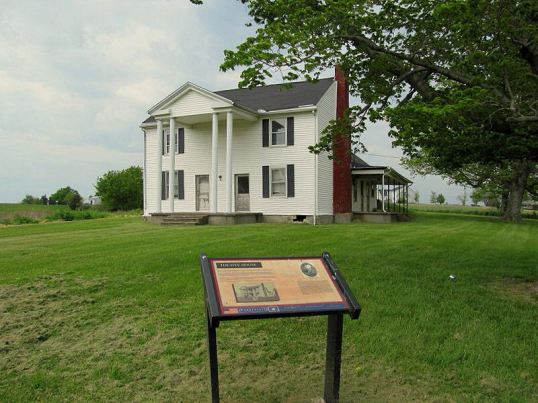 Joni House, the park’s preservation and program coordinator, has also witnessed strange occurrences. “I’m in my office and I hear people talking to me and nobody else is in the building. Or I come in here and see things that have happened in the museum. There’s no real explanation for why a mannequin’s head has been pulled off and is now in the middle of the floor.”

(The Perryville Battlefield was one of the Civil War Trust’s 10 most endangered battlefields in 2008.)

Stay tuned: on Halloween – It isn’t a battlefield but it’s still very scary.