Archive for the tag “Korean War”

The Plight of American History 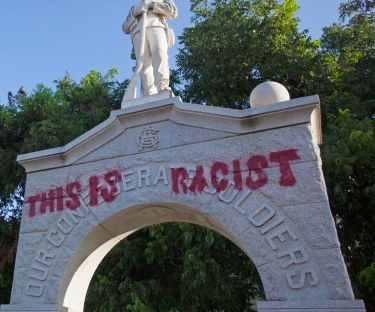 I have been posting a lot recently about the destruction of our national monuments. This disturbs me greatly, because I see it as a way to eradicate and change our history. The monuments pay homage to ancestors who fought in ancient wars, but nevertheless, they were war veterans, and the monuments should be treated with respect. If someone desecrated a war memorial to Korean War vets, I would be deeply upset, because my dad fought in that war with the Marines. 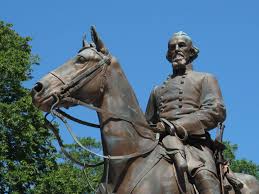 Same goes for Civil War vets. They were recognized as American vets long ago, and yet, today, because of the changing tide of political correctness, their monuments have been inappropriately deemed as racist. This is completely wrong and inaccurate, and still, the monuments keep coming down. Recently, the Tennessee Supreme Court found that the Sons of Confederate Veterans could not appeal the decision for Memphis to take down three Confederate monuments. I find this shameful, especially since one of the monuments marked the graves of Nathan Bedford Forrest and his wife. General Forrest was a trendsetter in establishing interracial relations in Memphis, but this has all been washed over. I only wish correct history was taught in our schools. 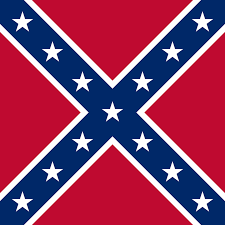 I also find it disturbing that the Confederate battle flag is forever linked with the KKK, and thus, is also deemed as racist. This is also completely inaccurate. If anything, the Stars and Stripes should be associated with racism. It was that flag that flew over slave ships, and the KKK also used it repeatedly. The Confederate battle flag, also known as the Southern Cross, is based on the Scottish St. Andrews Cross. Therefore, it has deep Christian roots, and has nothing to do with racism. 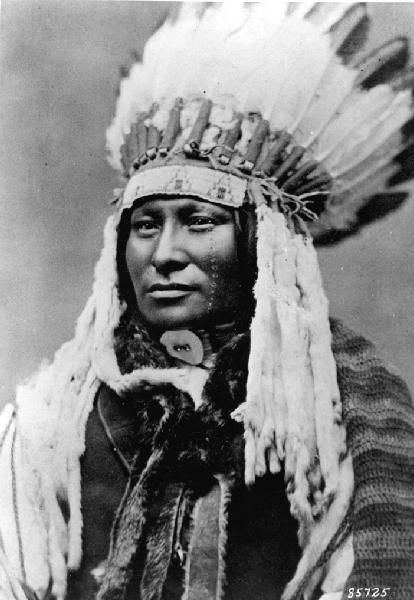 Not to offend anyone, but I will continue to express my disdain and vigilance supporting the Confederate monuments and flags. People today don’t understand that the Confederacy didn’t consist of Southern slave holders. There were Rebels in the north and west, Southern sympathizers in the north, Slave holders in the north and west, and black slave holders as well. That is why I love writing about this time period. It was topsy-turvy, all convoluted, and a mixed bag of  new immigrants coming in, as well as Native American people being eradicated. Genocide was okay back then,  and political incorrectness was, too. I wish people, especially those with political clout, would keep that in mind when they decide to destroy our history. How can we remember our mistakes if all the remembrances are destroyed? 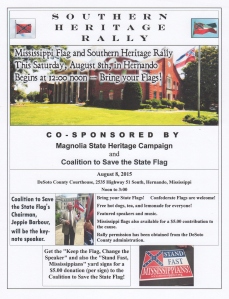 Over the weekend, numerous rallies were held in support of the Confederate battle flag. One such rally took place in Hernando, Mississippi, on the grounds of the town’s historic courthouse. Hundreds were in attendance to show their support, and display their pride in their Southern history and heritage. 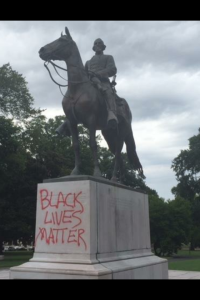 But that wasn’t all that happened last weekend. Vandals took it upon themselves to paint graffiti on the monument of Confederate General Nathan Bedford Forrest in Memphis, Tennessee, by writing “Black Lives Matter” on the base. This desecration is completely unacceptable, as the monument is located directly above the graves of the general and his wife in what was previously known as Forrest Park.

In 1906, the first of several laws was passed, declaring that Confederate veterans are American veterans. That means that, by desecrating Civil War (specifically Confederate) headstones, monuments, etc., it is the same as vandalizing those from WWI, WWII, the Korean War, the Vietnam War, Desert Storm, and other conflicts. To intentionally attack Confederate graves specifically is a rancid display of racism. 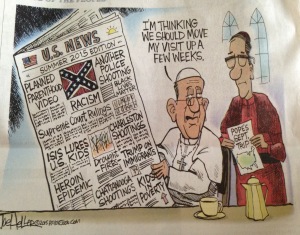 The media is certainly feeding fuel to the fire. In a recently published cartoon, the artist depicts all that is wrong with America today. But the problem is that the Confederate flag is front and center, drawing the most attention, with the word “racism” plastered beneath it. For those who aren’t learned in Civil War history, most would assume the flag represents this deplorable act. However, the flag isn’t behaving in a racist way. On the contrary, those who are painting “Black Lives Matter” on everything Confederate are the true bigots.

TV station WREG in Memphis reported yesterday that a Korean War veteran, Perry Thrasher, who has been a resident at the Memphis VA Hospital since 2007, was forced to take down his Confederate flag on Friday. The 75-year-old paralyzed veteran had a large flag displayed over his bed in honor of his great grandfather, who fought in the Civil War for Company I, 44th Alabama Infantry Regiment, and was mortally wounded at the siege of Petersburg.

According to the report, a nurse at the facility was offended by the displayed flag. This in turn, of course, offended the Thrasher family, who claims Mr. Thrasher’s rights are being violated. According to a hospital rep, only the United States flag is allowed inside the premises.

In April, a similar controversy arose concerning Mr. Thrasher, only that time, a small flag was under attack. In response, members of the Sons of Confederate Veterans, Nathan Bedford Forrest Camp, as well as Black Confederate activist H.K. Edgerton, presented Mr. Thrasher with the large flag that is now receiving criticism. Mr. Edgerton said, “It’s disgraceful that a veteran who defended his country should be treated in this manner in a Veterans Administration Hospital where the protections of the Bill of Rights should theoretically apply.”

The hospital is being investigated for allegedly forbidding the taking of family photographs at the facility, and VA police reportedly harassed and threatened the Thrasher family and their friends. Hospital representatives told reporters that Mr. Thrasher will be allowed to keep his flag in a drawer in his room, but if anyone tries to fly it, the flag will be permanently removed.