Archive for the tag “Joe Hooker”

The Battle of Antietam

On this date in 1862, the single bloodiest day in American history took place near Sharpsburg, Maryland. The battle claimed over 22,000 casualties. Although the battle was later declared as a draw, President Abraham Lincoln used it as an opportunity to launch his Emancipation Proclamation, which would go into effect on New Years Day, 1863. However, his freeing slaves only applied to Southern states that had seceded from the Union, and didn’t apply to slave holding states in the North.

Here is an excerpt from my novel, A Beautiful Glittering Lie, describing the battle from the perspective of solders who fought for the 4th Alabama Infantry Regiment. 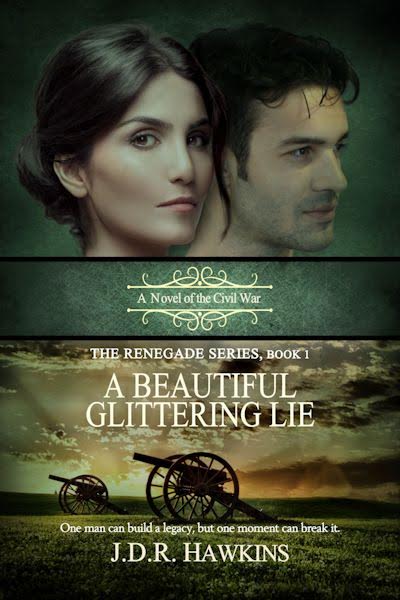 At 3:00 a.m., the men were awakened to the sound of McClellan’s army attacking the Georgians, who had come to their relief the previous night. For an hour and a half, the battle raged, until General Hood was called upon for assistance. He brought his two brigades to the front, one of which included the 4thAlabama. As they were ordered to line up,

Orange Hugh approached his messmates in a panic.

“Nope. Ain’t seen him,” replied Blue Hugh with a smirk. “He might be buzzard food by now.”

“I surely hope so,” replied Orange Hugh. “We’re both anxious to git back to Richmond so we can visit Miss Betsy!”

Blue Hugh chuckled. “Don’t be such a skylark. We ain’t headed back there. I heard tell General Lee wants us to march up to Harrisburg.”

“Is that a fact?” inquired Bud.

The men were instructed to advance toward their enemy. They audaciously marched across an open field in front of the church, in perfect alignment, while a hailstorm of Minié balls rained down on them. Because it was still too dark to see, the men could hardly determine who was shot, except for random screams that came across the field both near and far, and they were unable to distinguish between blue and gray uniforms. Solid shot cracked into skulls and bones, which sounded like breaking eggshells.

They stumbled along, making their way to a grove of trees. Hiram heard Lieutenant Stewart and his comrade, Lieutenant King, yelling at someone. He could make out that it was Dozier, who had fallen down and was refusing to get back up. The officers grew frustrated, so they kicked the young private before they continued on and left him behind.

Springing to his feet, Dozier sprinted back toward the church.

The Confederates advanced into the trees, skirmishing with their enemies as they drove them out. Captain Scruggs, who fell wounded, was quickly replaced by Captain Robbins. Realizing they were at an advantage, the Rebels shot down scores of Yankees while concealing themselves in the cover of trees, fighting savagely despite their extreme hunger and fatigue. Other regiments of their brigade, the Texans, South Carolinians, and Georgians, were out in the open on their left, and suffered because of it. As dawn began to lighten the sky, Hiram noticed a Union general riding around the field on a large white horse.

“Who do you reckon that is?” he asked, to no one in particular.

Smoke billowed across the field, but the white horse still remained visible.

“He’s makin’ himself an easy target, ain’t he?” The lieutenant laughed at the Union general’s absurdity.

Yankee artillery fired into General Hood’s right flank and rear, causing the Rebels to fall back. The ground was scattered with bodies, most of which were clad in blue. Many Confederate soldiers had exhausted their ammunition when Lieutenant Stewart informed them they had been fighting for nearly three hours straight. Fearing the enemy would chase after them, they quickly re-formed, but discovered their haste was unnecessary, as the Yankees failed to respond. The Alabamians took much-needed time to replenish their ammunition and catch their breath.

General Hood directed his men back to the church to retire.

Suddenly, a shell flew by, blowing off the top of Lieutenant King’s head. The body dropped limply into a pool of blood and brain matter. Bud and Hiram looked at each other, dazed, their faces blackened by gunpowder. They turned and walked away, putting the horrific sight behind them, both knowing there was nothing they could do for the man.

Finally, Hiram said, “I won’t ever git used to seein’ that.”

“I already am,” Bud remarked indifferently. “I know it’s a terrible thing to say, but after a while, those boys jist look like dead animal carcasses to me.”

Hiram glared at him for a moment, shocked by his callousness.

“Life is uncertain, but death…is certain,” Bud added under his breath.

While they walked across the field, which was strewn with bodies, they tried not to look into the pinched faces, whose eyes stared vacantly up at the sunny morning sky. Young men not more than eighteen, their cheeks once rosy with the blossom of vigor and manhood, lay cold and still, bathing in their own hearts’ blood. Some didn’t even look human, while others were missing heads, arms, legs, or torsos. Several members of the regiment scurried around the battlefield, placing the wounded on stretchers. The victims cried out in anguish, their blood leaking from their broken bodies like fractured wine bottles as they were carried away. Bud heard a persistent whimpering sound, so he followed it, and walked around an enormous oak tree, its trunk riddled with bullet holes.

Hiram and Blue Hugh walked over to see what Bud was gawking at. They went around the tree, and saw Orange Hugh with his little dog, Bo, sitting on his lap. The young man seemed to be asleep sitting up, his body leaning back against the trunk. Bo whined pathetically, and licked Orange Hugh’s face like he was trying to wake him.

Blue Hugh stared down at his comrade for a moment. “Reckon he’s seen his last fight,” he blurted. “Good-bye, Hugh.” He turned and walked away.

Returning to the church, the Alabamians settled in, and sustained on what meager rations they had left: half an ounce each of beef and green corn. Noticing Bo wander into their bivouac, Bud took the little dog into his arms. One of the men said that after the 4th had started across the field that morning, he saw Bo climb out of a hole from under the church.

As artillery blasted away in the distance, Bud and Hiram reflected on the day’s events, sadly conveying their regret for losing such a fine young friend and soldier as Orange Hugh.

Intentionally changing the subject, Hiram remarked, “Strange how all the wildlife knows when there’s a battle brewin’. They all high tail it out of there. Even the bugs vanish.”

“I’ve noticed that myself,” said Bud. “I’m right glad for it, too. I hate seein’ innocent critters suffer, like those poor warhorses with their legs blown off.”

Hiram grunted. “It bothers you to see dead horses, but not dead soldiers?”

“Of course it bothers me. I’ve jist built up a tolerance for it, is all. Except when it comes to someone I know. That’s different.”

With a sigh, Hiram said, “They all remind me too much of David. I don’t reckon I’ll ever build up a tolerance for that.”

“It makes you not want to git too close to any of them,” said Bud.

An hour passed. McLaws’ Division arrived from Harpers Ferry, moved to the front, and immediately became engaged, while the 4th Alabama was held in reserve. The fighting was intense, until darkness finally interrupted it, with neither side emerging triumphant. Soon the Alabamians fell asleep from utter exhaustion, but were roused in the middle of the night, and marched across the Potomac to the Virginia side.