Archive for the tag “Houston”

What Is Up With That?

I find this downright creepy. Like throwing paint and spray painting “Black Lives Matter” all over our American veterans’ monuments and memorials isn’t bad enough, now some crazy was caught trying to blow one up. How insane is that? Let me know what y’all think of this article.

FINALLY SENTENCED
Remember Andrew Schneck? Last year he had been charged with attempting to maliciously damage property receiving federal financial assistance. He plead guilty in March.
Now, Schneck’s sentencing comes one year after a Houston park ranger spotted him kneeling in the bushes near the Dowling statue on Aug. 19, 2017.
According to a criminal complaint, the ranger saw Schneck holding two small boxes containing “what appeared to be duct tape and wires.” While Schneck was placing the boxes on the ground, the complaint said, he “took a clear plastic bottle appearing to be full of a clear liquid from one of the boxes” and then “proceeded to drink from the bottle, then immediately spit the liquid on the ground next him.” Schneck then poured the contents of the bottle on the ground next to him.
An analysis of the liquid later revealed it was “most likely nitroglycerin,” which is “one of the world’s most powerful explosives” when undiluted, the complaint read.
The ranger also noticed a timer and wires near Schneck, the complaint said.
“When asked … if he wanted to harm the statue, Schneck responded that he did, and that he (Schneck) did not ‘like that guy,'” the complaint said.
In addition to the suspected nitroglycerin, authorities also found a white powder that was “most likely HMTD,” or hexamethylene triperoxide diamine. “HMTD is used as an initiating, or primary explosive,” the complaint said.

The Confederacy is still under attack across the country, and it doesn’t seem to be letting up. Now, Sons of Confederate Veterans’ camp signs are being taken down. I’m sorry, but this is a living history group that does a lot of good things for their communities. If it was any other group being attacked, I’m sure there would be a lot more outrage. But because of all the misconceptions surrounding the Confederate battle flag, it seems to be okay that everything Confederate should be eradicated, because it is now considered to be all evil, racist, hateful, and wrong. However, this  misconstrued image is, in itself, wrong.

Another example is a group of schools in Houston, Texas. They include Lee High School, Albert Sidney Johnston Middle School, Thomas “Stonewall” Jackson Middle School, John Reagan High School, Richard Dowling Middle School, Sidney Lanier Middle School, and Jefferson Davis High School. The school board voted in May to change the names, and has approved to spend $1.2 million to do so. What a waste of money! Wouldn’t it be better spent in educational programs? Just sayin’. 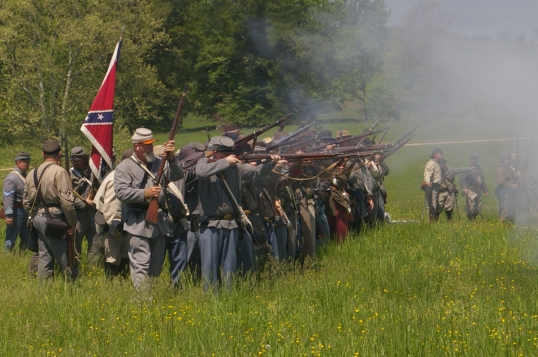 Protests are underway to get rid of the Confederate battle flag during Civil War reenactments. One such case was heard prior to this year’s anniversary of the Battle of Gettysburg. Democratic state Rep. Vanessa Lowery Brown said she has “been to a lot of reenacting and the reenacting does not tell the stories accurately.” What? Republican Rep. Dan Moul says it doesn’t make sense to not use a Confederate flag when reenacting Civil War battles. I’m with him.

This political correctness is nothing less than absurd, but because a small minority complains, the rest of the country has to bow down to their ridiculous, hysterical whims. To me, these attacks are also attacks on our freedom of speech and expression. It has to stop now before it’s too late, and all of our history, regardless of whether it is considered to be good or bad, is gone.

It All Boils Down to Money 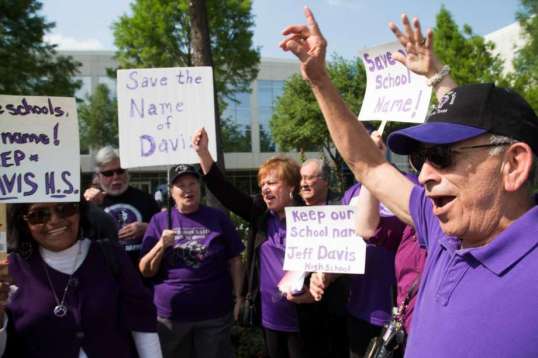 Maybe there is some sanity still left in the world. A recent decision by the Houston public school district is now under scrutiny. Here is the lowdown:

“We’ve been arguing as parents and taxpayers for months that the vote was illegal, politically driven, and taking these historic buildings was against the law,” said public relations consultant Wayne Dolcefino, who is a spokesman for the plaintiffs in the case.

The lawsuit asks the Harris County District Court to prohibit HISD’s board from spending millions of taxpayer dollars on renaming the eight schools. HISD voted to change the names of these schools in May because each school was named for a Confederate leader.

An HISD spokesman said the district had no immediate comment on the suit.

Dolcefino said the school board violated the Texas Open Meetings act and the Monument act, among other regulations. The plaintiffs on Tuesday issued a 24-hour demand to HISD, asking the board to rescind its vote to rename the schools. HISD didn’t respond, he said.

Attorney Dan Goforth, who’s representing the plaintiffs, said the money HISD will have to spend is the sole problem with the name changes.

He estimated it will cost the school district at least $5 million, including at least $2 million to change student uniforms to match the new school names. HISD expects the total cost of the name changes will be no more than $2 million.

“HISD is broke,” the attorney said. 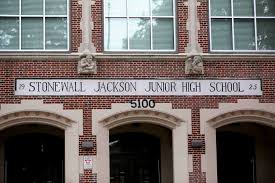 Nancy Abrego, one of the plaintiffs, lost her job teaching special education in HISD in April due to school district budget cuts. She grew up in the Heights section and attended Reagan High School, one of the schools slated for a name change.

Abrego, who taught in the school district for 18 years, said renaming the schools is a waste of money.

“They need to give it to schools, so the schools and the students can have what they need, instead of teachers having to pull money out of their own pocket,” Abrego said.