Archive for the tag “Harmony Run”

Today I’d like to feature a new book giveaway by author Sarah Elle Emm through b00k r3vi3w Tours. Sarah is promoting her four-book series, Harmony Run. The books are on sale on Kindle for only $1.99, so stock up now! 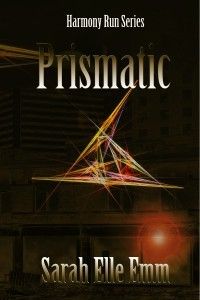 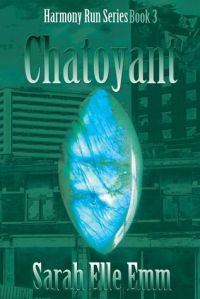 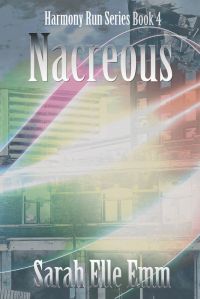 Rare glimpses of birds are the only reminder of the freedoms Rain Hawkins once had. Now segregated into a mixed-race zone within the United Zones of the Authority, under tyrannical rule of President Nicks, Rain is forced to endure the bleak conditions set upon her. The possibility of a way out arises when Rain discovers an organized resistance called The Freedom Front, and learns that she, along with many other multi-racial people, has special abilities. Determined to overcome her situation, Rain sets out on a mission with the resistance that will fill her life with wonder, romance, and the undying hope for a better world.

For the rest of the walk I tried not to let fear creep over me, but the more I thought about Nata coming, the harder it was. Still, Takara had said we’d be okay. Help was on the way. I just had to believe.

We were led down a series of hallways and through somewhat familiar doors until finally we were pushed into a fairly large interrogation room. I recognized the set-up from my last trip here. But this room was larger. There were chairs lined up in a long row, twice as many chairs as there were people and a bright solar light illuminated the chairs in an otherwise dark, concrete room. My eyes instinctively searched the ground, checking for holes or iron bars like the last room I’d been questioned in. Either there weren’t any holes to lock people in here or I couldn’t find them. Part of me knew they’d be located in the dark corners, away from the light and though it should have made me more afraid, the hole was beginning to concern me less as I thought about the impending arrival of Nata.

Hands pushed me forward, and I was shoved into a metal chair. Glancing in either direction, I noticed that Marcello was right next to me on one side, and the crazy man was right beside him on the other side. But there were still six more empty chairs to my right.

Before I could wonder about the empty chairs any longer, the door opened and tension filled me anew. Was it Nata? She was here?

Surprise and relief replaced my tension as a tall man with light brown hair, Officer Eric Collins, our secret ally from the Elizabeth Guard, spared me a quick glance as he entered the room. Maybe Takara had sent him here. I closed my eyes. “Marcello, maybe Eric is our help. He’ll help us get out of here,” I said excitedly.

“I’m not sure about that,” Marcello replied.

I opened my eyes and glanced towards Marcello, noting his alarmed expression. I snapped my head back to the door, expecting to see Nata. Why else would Marcello’s eyes have seemed so fearful?

But as my eyes settled on the doorway it wasn’t our evil dictator who was entering the room. It was a group of more prisoners, six to be exact, staggering into the room with another Droid Dog behind them. Their mouths weren’t covered with tape like our own, but their hands were cuffed.

The second prisoner in line stopped dead in her tracks as our eyes met. A drumming sound filled my ears. No. This couldn’t be happening. It wasn’t Nata, but it was worse.

The Authority had arrested my mom.

Thanks so much for stopping by the blog tour. If you read any of the books, I’d be flattered if you left a review and connected with my page on Facebook, where I’ll keep you updated on future books. J  ~Sarah