Archive for the tag “Genreal Burnside”

In Honor of a Great American General

As I mentioned last week, one of my favorite people from the Civil War is General Robert E. Lee. Here is an article about his experience at Fredericksburg, as well as an interesting trivia list about his life. Today marks his birthday. He was born on January 19, 1807.

“General Robert E. Lee had a reason for hope at the end of 1862. The Battle of Fredericksburg had given the Confederacy a greatly needed victory. On December 13th, General Ambrose Burnside had thrown repeated attacks against Lee’s impenetrable line on Mayre’s Heights. In ponderous, deliberate waves, the Union troops had charged across a plain and into Southern shot and shell. Casualties were so heavy that the dead lay in heaps in front of the stone wall at the base of the heights. Burnside’s troops had limited success against Stonewall Jackson’s Corps, but were quickly repulsed. Clear days and freezing nights followed, and the field echoed with the pitiful cries of the wounded stranded between the lines. By nightfall on December 14, General Burnside had decided to withdraw his army from the plain and back to Fredericksburg. It was an evening few on either side would soon forget. As Lee’s soldiers worked on improving their defenses, Union troops slowly carried the wounded and dying from the field. At nightfall, the toil of both armies was suddenly illuminated by a celestial phenomenon – the Northern Lights – which cast the Virginia countryside in an unearthly glow. Few men from the deep South had ever seen the Northern Lights, and most stared in wonderment. Was this fantastic display a sign of Confederate triumph?

General Lee and his staff rode along Telegraph Road past Howison’s Mill, where his reserves had gathered before going to Marye’s Heights. The frigid water of Hazel Run cooled the riders while Lee, deep in thought, focused on tomorrow. The night’s chill and splendid display did not distract Lee form his preparation for another day of battle.”

“In all my perplexities and distresses, the Bible has never failed to give me light and strength. Get correct views of life, and learn to see the world in its true light. It will enable you to live pleasantly, to do good, when summoned away, to leave without regret.” – General Robert E. Lee

On the night of December 14, the Aurora Borealis made an appearance unusual for that latitude, presumably caused by a large solar flare. One witness described that “the wonderful spectacle of the Aurora Borealis was seen in the Gulf States. The whole sky was a ruddy glow as if from an enormous conflagration, but marked by the darting rays peculiar to the Northern lights.” The event was noted in the diaries and letters of many soldiers at Fredericksburg, such as John W. Thompson, Jr., who wrote “Louisiana sent those famous cosmopolitan Zouaves called the Louisiana Tigers, and there were Florida troops who, undismayed in fire, stampeded the night after Fredericksburg, when the Aurora Borealis snapped and crackled over that field of the frozen dead hard by the Rappahannock …” 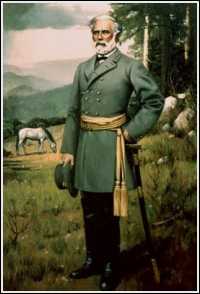