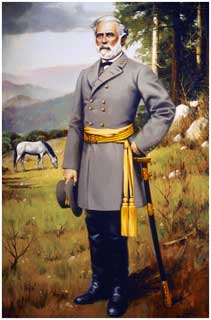 One of my favorite people who lived during the Civil War is Confederate General Robert E. Lee. If Lee were alive, he would be celebrating his 209th birthday today. He came from a distinguished Virginia family, and his father, Harry “Lighthorse” Lee, fought in the Revolutionary War. Lee graduated at the head of his class at West Point, and served gallantly in the Mexican War. His integrity was unsurpassed, because he resigned his commission with the U.S. military to defend his home state of Virginia once the Civil War broke out. With reluctance, he did his duty, and performed it well up until the end of the war.

Lee was revered  by his countrymen, both North and South alike, as one of the finest generals America has ever produced. Dwight D. Eisenhower, America’s 34th president, said of him:

“General Robert E. Lee was, in my estimation, one of the supremely gifted men produced by our Nation. He believed unswervingly in the Constitutional validity of his cause….he was thoughtful yet demanding of his officers and men, forbearing with captured enemies but ingenious, unrelenting and personally courageous in battle, and never disheartened by a reverse or obstacle.

Through all his many trials, he remained selfless almost to a fault and unfailing in his belief in God. Taken altogether, he was noble as a leader and as a man, and unsullied as I read the pages of our history.

From deep conviction I simply say this: a nation of men of Lee’s caliber would be unconquerable in spirit and soul.”

When Franklin D. Roosevelt, America’s 32nd president, spoke at the unveiling of the Robert E. Lee Memorial Statue in Dallas, Texas, on June 12, 1936, he said: “I am happy to take part in this unveiling of the statue of Lee. All over the United States we recognize him as a great general. But also, all over the United States, I believe we recognize him as something much more than that. We recognize Robert E. Lee as one of our greatest American Christians and one of our Greatest American gentlemen.” 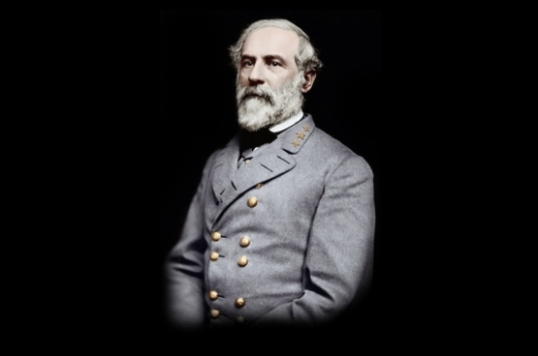 General Lee has always been highly regarded… that is, until recently. Now, certain interest groups have been striving to disparage his name. It is shameful that they want to remove the Confederate battle flag that he fought under from his gravesite, or do away with his statues. It is also shameful that they are defacing monuments with graffiti. Just because political attitudes have changed, which they are always bound to do, is no excuse for erasing the past and defaming such an important historical figure.

General Lee appears in my novel, A Beckoning Hellfire. Here is the link: