Archive for the tag “assassination”

Tragedy on the Mississippi

One hundred and fifty years ago today, the worst maritime disaster in U.S. history took place. This little known event happened on the Mississippi River, not long after the Civil War ended. The name of the vessel was the Sultana.

At the close of the war, Union prisoners were released from Southern POW camps. Some of the parolees were transported to Vicksburg, Mississippi, where they awaited their release. Riverboats traveling along the Mississippi River vied for the lucrative opportunity to transport newly released prisoners to their homes in the north, and were paid handsomely by the Federal government. One such vessel, the Sultana, was chosen to transport Andersonville and Alabama prisoners, who were crowded onto the boat, surpassing the 376 person limit.

The boat made its way upriver to Helena, Arkansas, where the above photo was taken. It docked in Memphis, and shortly before 2 a.m., set off for Cairo, Illinois. However, seven miles north of Memphis, the boat suddenly exploded, sending burning prisoners to their deaths or into the icy cold river, which was flooded and swollen with spring thaw. Those who weren’t burned to death or drowned managed to make their way to the riverbanks, and waited for rescue while they watched the unmanned boat spin helplessly in the water, aflame in the night sky. After being rescued, the surviving Union soldiers were taken to hospitals in Memphis. Many succumbed to their wounds, or to their weakened state as POW’s, but some survived. Approximately 1,800 of the 2,427 passengers perished.

Controversy still surrounds the tragedy, including a conspiracy theory that Confederates sabotaged the boat, but this was never proven. It is believed that a faulty boiler actually caused the explosion. Although the riverboat was overloaded, and some people were rumored to have taken bribes, no one was ever held accountable.

Today, there are monuments signifying the event. One is located in Elmwood Cemetery in Memphis. The disaster was overshadowed by President Lincoln’s assassination, as well as the manhunt for his killer, John Wilkes Booth, who was killed the day before in Virginia. The Sultana tragedy was barely reported in newspapers. Americans were tired of war and death, so the horrific event was essentially ignored. It was a terrible ending to a terrible war. 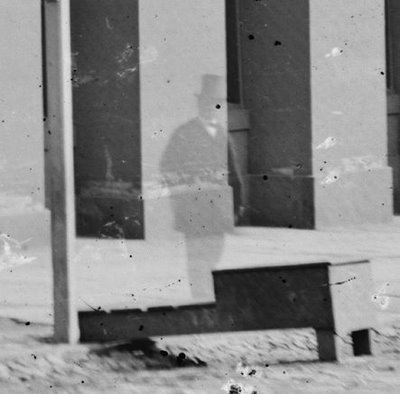 The End of Suffering (Or Was It?)

One week after Robert E. Lee surrendered his troops, the first presidential assassination took place when Abraham Lincoln was murdered. Lincoln was attending a play on Good Friday, titled “Our American Cousin,” at Ford’s Threatre in Washington D.C., with his wife, Mary Todd Lincoln. The president was shot point blank in the back of the head by Southern sympathizer and famous actor John Wilkes Booth, who jumped from the presidential balcony and hollered, “Sic semper tyrannis,” meaning “Thus always to tyrants” in Latin. After surviving the night, Lincoln died early the following morning. Secretary of War Stanton said, “Now he belongs to the ages.”

Booth managed to escape with a broken leg, but he was cornered several days later and shot inside a burning barn. Meanwhile, Lincoln’s funeral train traveled across the  country so that people could pay their respects. The train’s final destination was Lincoln’s home state of Illinois.

It was discovered after his death that he had a Confederate five dollar bill in his wallet. For his second inauguration, he had requested that the song “Dixie” be played. It was his intention to bring the Confederacy back into the Union as quickly and gently as possible, and to maintain a unified country at all costs. Ultimately, he paid the price with his own life.