What the Dead Can Teach Us

This may sound a bit morbid, but I love exploring old cemeteries. In my opinion, the older, the better. One of my favorites is Elmwood Cemetery in Memphis. A person can learn a lot about that city’s history, just from walking around. There is a section for Confederate soldiers, including some officers, another area filled with small pox victims from the epidemic in 1873, and a slave section, where most slaves didn’t even receive the honor of a headstone. The ornate, Victorian headstones and monuments are beautiful and sad. One that stands out to me is an empty swing, which is near the grave of a child.

Author Shelby Foote, who wrote volumes on the Civil War and was featured in Ken Burns’ documentary, is buried there. He was so enthralled with Nathan Bedford Forrest and the Forrest family that he requested to be buried near them. He got his wish. 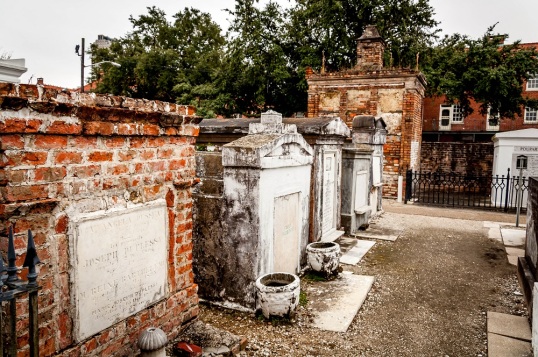 Another fascinating place to visit the dead is in New Orleans. The graves in the cemeteries are all above ground because the sea level is so high. Many graves were washed into the sea before people placed the deceased in mausoleums.

One fascinating character buried in St. Louis Cemetery #1 in New Orleans is none other than the Voodoo Queen herself, Marie Laveau. The crypt where she is buried is usually covered with trinkets, charms and Mardi Gras beads. This cemetery is believed to be the most haunted cemetery in the country. 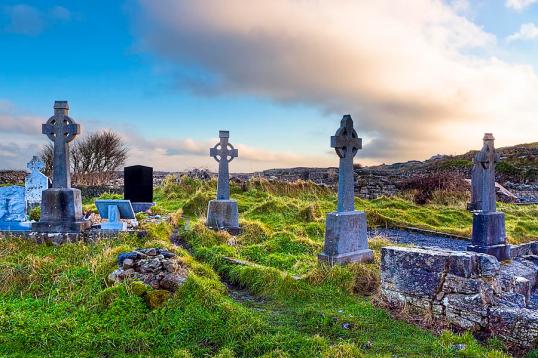 Some of the oldest cemeteries are, of course, in Europe. I have seen several Irish graveyards, and I think they are profoundly beautiful. Filled with Celtic crosses, these old cemeteries are certainly filled with ghosts, too. I’d love to be able to hear some of their stories.

Here in Colorado, there are many old cemeteries as well. Some consist of the graves of miners, who came here looking for fortune, but instead, found sickness and poverty. The Gold Camp Victorian Society dresses in period clothing and provides tours of the Mount Pisgan Cemetery near Cripple Creek. An interesting stop on the tour is the headstone of Fred E. Krueger. No, not the horror character, but a mere 15-year-old boy who died of mysterious causes in 1897.

Many take it upon themselves to provide the upkeep of these national treasures. My husband’s SCV camp cleans up a small cemetery in Horn Lake, Mississippi every year. I think it’s crucial that we respect and revere these honored dead. They are an important part of this country’s history, and of our own history as well.