Was It Really All About Slavery? 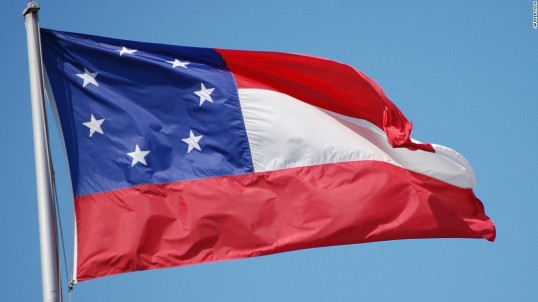 In last Sunday’s Colorado Springs Gazette, reporter David Ramsey wrote a story about Confederates who are buried in Colorado. He then went on to say that all of them undeniably fought to preserve slavery. He stressed this opinion throughout his story, and even contradicted people he interviewed with his strong opinions.

I’m not denying that slavery played a part in leading up to the Civil War, but Ramsey fails to mention all the other reasons why the war came about. He sites Confederate VP Alexander H. Stephens’ racist statements, but fails to take into account that racism was commonplace back then. President Lincoln was a huge racist, as a matter of fact, and wanted to ship all the blacks back to Africa or somewhere else out of the country. Ramsey claims that Robert E. Lee had slaves (which he set free before the war), but fails to mention how Grant kept his slaves until after the war, not to mention how seriously racist Sherman was, not only against blacks, but also against American Indians, and didn’t hesitate to kill as many as possible.

Here is a link to the story. Please let me know what your thoughts are. I’d love to see your comments!