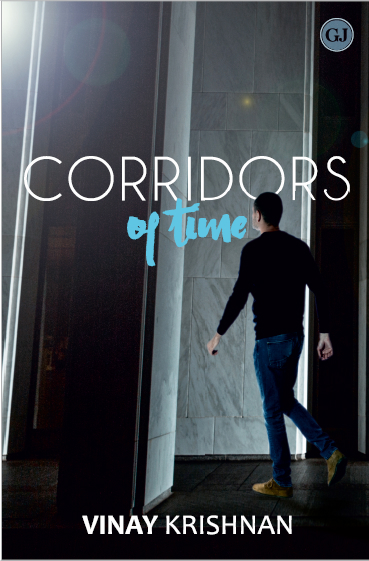 Corridors of Time tracks the story of a sensitive young man who grows from carefree childhood to eventful manhood – one who stumbles before learning to stride through those dark and dense passages.

Set in Bangalore – a city of paradoxes. of gardens and garbage heaps. of technology and traffic snarls. of friendly people and failing infrastructure. when bungalows had gardens and pavements were meant for pedestrians. this is a narrative of the human spirit.

Rohan, an idealistic young sports lover experiences rejection, dark dejection and isolation and hurtles down the path to self destruction.

Shyla, attractive and successful is everything his heart yearns for and his body desires, except, she is married!

Chandrika, simple and devoted fails to understand the man she loves.

The shuklas long for justice denied by the system.

And khalid fears nothing and no one …anymore.

The raw, earthly smell of the first drops of rain signaled the onset of the monsoon of 1962. Ten year old Rohan watched it from his window and inhaled deeply. He felt like he wanted to draw in as much as possible of this place that he loved so dearly. The rain had washed clean the gardens and roads of Bangalore. A city of sheer beauty, it was like a large painting suspended in time, being restored to its original brilliance with one masterly stroke. Bangalore with flower-laden trees, small lakes and numerous gardens was wonderful to behold. All was quiet, calm and serene.

But even his love for Bangalore could not match his passion for playing outdoors. His face registered dismay when the drizzle turned into a downpour and sheets of rain hid the verdant trees and the glitter of the rocks beyond the playing fields. He would lose valuable time waiting for the rain to subside to play cricket with his friends.

Drizzly weather or what his dad called ‘English weather’ never hampered him like a monsoon onslaught did. It was as familiar to him as the streets and their English names – Lloyds Road, Cline Road, Hutchins Road and Davis Road. The English had definitely made Bangalore into a ‘Little

England’ and left behind a large community of Anglo Indians. A proud community of mixed cultures, they were concentrated in the northern part of the city called the ‘Cantt’ (short for Cantonment) along with a cosmopolitan mix of settlers from other states and countries.

The southern part, the original old Bangalore was known as the ‘City’ area. The Cantt area, extending from Richmond Town to Frazer Town, had spacious bungalows with servant’s quarters, private lawns and gardens. It was a township by itself, with lakes, gardens, theatres, restaurants, bars and exclusive clubs. The Cantt area was nothing without the Anglo-Indians whose exuberance and fun loving nature enhanced the charm of life in Bangalore. They lived for the day and never gave the morrow a thought. Romantic at heart, partying was their greatest pastime. A few couples, country liquor, lots to eat and they would dance till the stars drooped and went down under.

“Rain, rain go away, come again another day,” Rohan whispered urgently, and was gratified to see the rain gradually stop. Now, he could go out to the beckoning playground and join his friends for a game of cricket, yet another legacy of the British.

“Come back on time, Rohan”, his mother warned. “Or you know how your father reacts!” Rohan ran out, looking back to wave to his mother at the door.

They were all there – Peter, Oscar, Roy, Philip, Akbar, Kiran, Akshay, Arun, Joe, Allan, Mahmud and Inder. The stumps were up, the teams chosen and the game was on. Cricket was an obsession with Rohan.

“Come on Rohan, we must win today”, urged Inder.

Praises for the Book:

The book is simple in style and content, for often it is this simplicity that bewilders and rouses

This charming book about old Bangalore is written in a racy easy-to-read style. 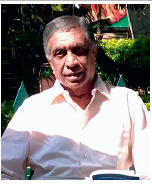 Vinay Krishnan describes himself as a ‘complete Bangalorean’. A student of Clarence High School, he graduated in Humanities from St Joseph’s College. Earning a diploma in Business Administration, he began his career at Usha International Ltd and rose to a position of Senior Sales manager. Vinay has now set up a construction firm of his own. He also writes and devotes his time to an NGO assisting people with disability. The city of his dreams, Bangalore, where he stays with his wife and daughter, continues to inspire and exasperate him. He can be reached at – vinaykrshnn@yahoo.com.