This is perhaps what we think of when we go through a ‘breakup’.

This story is about Anirudh and Anvi.

Both of them have their own thinking which are not alike.

The story begins with Anirudh meeting with and accident. As he slowly succumbs to the pain, he starts reflecting about his bygone college days where he found his love for music. He loves Anvi dearly who is a long-lost friend of Anirudh.

The story reveals how Anirudh struggles as the hands of reality strikes him down. 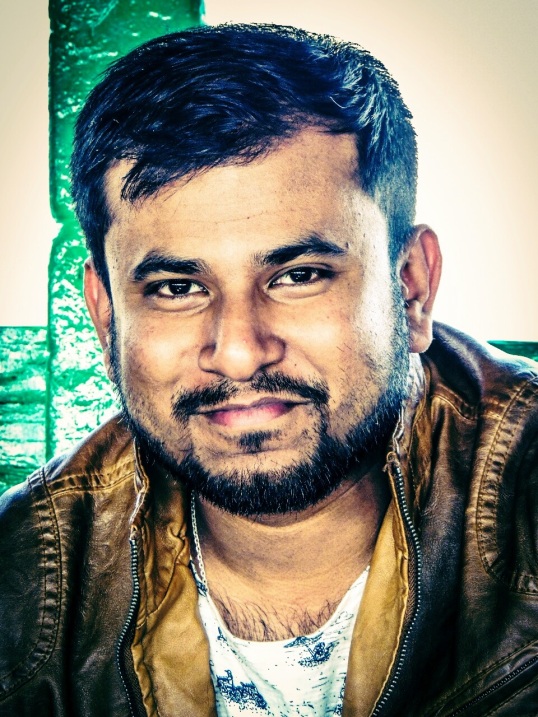 Dhruba Das Roy is a freelance writer, a musician by passion, and a software engineer by profession. He is from Assam, but born in a small town of Meghalaya, where he finished his schooling. He then obtained his degree in engineering from the esteemed college of National Institute of Technology. He discovered his love for music there and was the lead vocalist of his band, “The Rozarts”.

He loves rock and roll and is a great fan of the pioneers of rock and roll-(Pink Floyd, Led Zeppelin, Queen and the list goes on).Unfortunately, as engineering life came to an end, the band had to split. Recently, he moved to Kolkata where he is working in one of leading software service based companies in India.

Not everyone can put their thoughts into words. Dhruba had never tried his hand in writing; but he had an experience, an experience which changed his life for the better. Being a vocalist, his only way of expression was through the creative way. He decided to pen down his thoughts and he discovered that writing came naturally to him. His thought process in the novel relates to the general mass in many ways. He decided to stretch his limits and ended up voicing his thoughts in a different way this time.

From a Writer to an Author

The answer is very simple. I had something stuck in my head and it was tingling me from the inside, asking me to get it out. So that was the moment when I decided not to ignore my feelings and rather express them in the form of creative writing. I started putting down my thoughts on paper and before I could realize, I noticed this thought of mine to be about 240 pages thick with around 55,500 words, quite a fat thought huh!!!

Yes, I had just drafted my first story, but I wasn’t done yet. This was my creation, so I decided to give it a name, a name with which I could call it. After days of brainstorming, I came up with a name that I though would perfectly suit the theme that the book tried to portray, and there it was ‘My First Breakup’.

Now it was time for me to make a decision if my creation, this though, ‘My First Breakup’ was good enough to be read by others.

No, it’s not gonna make sense to others”, my Practicality forewarned my Imagination. But then again,

“There might be somebody willing to hear you out.

There might be people out there ready to accept your thoughts for what they are”, my Imagination countered back.

At this juncture I decided to get my book published. It is difficult to get a book published but I believe, if we have faith in our work, we eventually get what we want no matter how long it might take.

Being an author is not something that I have ever considered myself to be. I still feel I am no author, I am just a narrator who likes to tell stories for what I perceive them to be. “My First Breakup” is a story that I feel will connect with many of us as we all know that there is a phase where most of us fall in love only to snap out of it.