~ The Immortality Trigger by Douglas Misquita ~

Allied paratroopers raid a secret Nazi research facility. The operation is reported as a success. But, the lone survivor, Benjamin Ezra, knows otherwise.

A drug lord, El Fantasma threatens to plunge Colombia into an era of bloody drug wars. DEA Country Attaché, Zachary Mason is in charge of a covert operation to remove El Fantasma, with the help of a vigilante, El Angel, and a retired undercover agent, Raymond Garrett.

In Naples, INTERPOL agent, Sabina Wytchoff, is investigating the death of her parents, when the Wytchoff family’s association with an ancient cabal comes under investigation.

After the events of The Apocalypse Trigger, Luc Fortesque, is scouring the world for the man who tested experimental drugs on him.

Their paths will converge… violently… and conclude the mission that began in 1945.

The Immortality Trigger is also available at all leading eBook retailers

PRAISE FOR THE IMMORTALITY TRIGGER

“…with a storyteller of Misquita’s caliber, you just may need Dramamine before the first chapter is done.” – Bestthrillers.com

“For fans of the fast-paced and modern tale with global reach that dabbles in history, this is a perfect storm.” – Lydia Peever

“The Immortality Trigger cemented in my mind why Douglas Misquita is my favourite Indian thriller author.” – Newton Lewis

Other books in the series:

Book #1 in the Luc Fortesque series 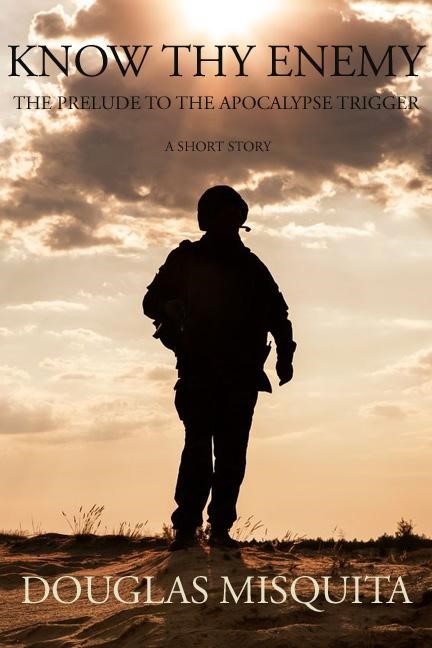 Douglas Misquita is an action-adventure thriller writer from Mumbai, India. He hammered out his first novel on the keyboard of a laptop with half-a-working-screen, and has been churning out literary entertainment to the tune of a book-a-year. His books have been praised for their pace, locales, intertwined plots, research and visuals – it’s almost like watching a movie… only, this one unfolds across the pages of a book!