Miss Alcott and the Rest (Who Inspired Us)

According to Google, today would have been Louisa May Alcott’s 184th birthday (check out the cute picture). For those of you who don’t know who she was, Louisa May Alcott served as a nurse in a Union hospital in Georgetown during the Civil War for several weeks in 1862-1863. Her experiences inspired her to write “Hospital Sketches,” which was published in 1863. Later on, she would write the classic Little Women (1868), which took place during the Civil War. The story revolved around the lives of four sisters after their father left to serve in the Union Army, and was based on Louisa’s childhood. 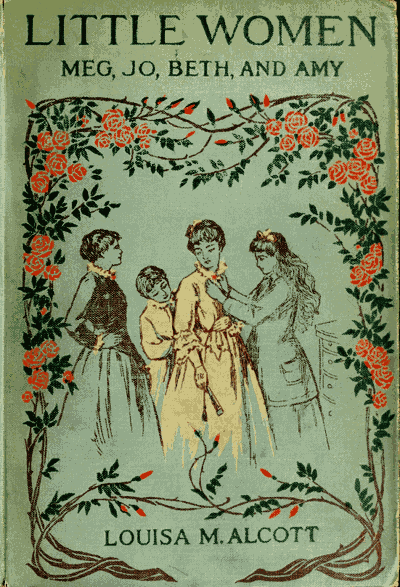 Other than Louisa May Alcott, the Civil War era produced many other great writers, including Walt Whitman, Ralph Waldo Emerson, Mark Twain, and Nathaniel Hawthorne. Of course, the war produced numerous war heroes, but it also effected the population so profoundly that many authors, artists, musicians, medics, and thespians would go on to relive the war through their creations.

It’s easy to forget today how such a terrible war impacted the lives of our ancestors. Kids who grew up during the war went on to recreate what their father’s had told them about their experiences. Early movies and television depicted the war, including famous vaudevillian acts. Shirley Temple, the Three Stooges, and John Wayne all recreated the Civil War in their movies. One of my favorite songs, “I’m a Good Ole Rebel,” was written after the war, and expressed the angst felt by a Southerner who refused to be reconstructed.

The list goes on and on. Share your favorite Civil War celebrity or creation that was a product of the Civil War. Let’s see how many we can come up with!

“Hospital Sketches” is mentioned in my new novel, A Rebel Among Us.