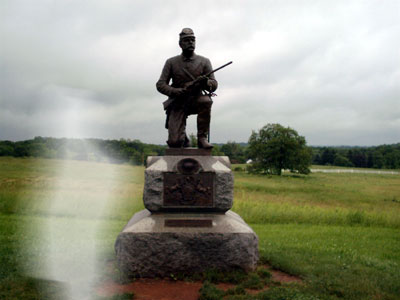 In the spirit of Halloween, I will be posting the next few articles about hauntings related to the Civil War. The number of haunted places and things associated with the War Between the States is virtually limitless. New reports of strange occurrences surface nearly every day, and each story is more fascinating and creepy than the last. 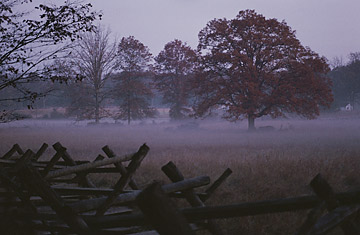 It goes without saying that the most haunted place in America associated with the Civil War is Gettysburg, Pennsylvania. This small, sleepy town suddenly found itself in the crossfires on July 1, 1863. The battle would last three days and claim over 50,000 lives (including dead, wounded, and missing). The tragedy left a lasting imprint on the land. Over 150 years later, ghostly apparitions still dwell on the battlefield and nearby town.

The Farnsworth House is reportedly one of the most haunted places in Gettysburg. The house was riddled with bullets during the battle, and the scars still exist outside the building’s facade. Tourists say they have seen a specter of a distressed man carrying a child in a quilt, as well as the ghost of a fallen Confederate sharpshooter. Outside of town, the Daniel Lady Farm, which served as a Confederate field hospital where over 10,000 Confederate soldiers lost their lives, is host to numerous hauntings. 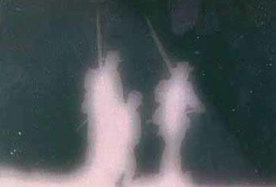 At the Cashtown Inn, the first soldier of the battle was killed. The owners claim to have photographic evidence of spirits floating around the premises. Guests have witnessed someone knocking on doors, lights turning off and on, and doors locking and unlocking by themselves.  The Gettysburg Hotel and the Baladerry Inn are also reportedly haunted. 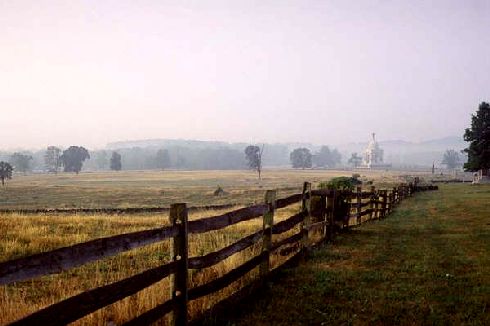 Gettysburg visitors have reported hearing the sound of whirring bullets and the screams of fallen horses and soldiers. Some have had direct encounters with the deceased.  Devil’s Den is one of the most haunted places on the battlefield. So is the Triangular Field and Sachs Bridge. Visitors have captured apparitions on camera. In one instance, a long-haired young man told a tourist, “What you are looking for is over there.” The ghost then quickly vanished.