Purging the Past is a Bad Idea 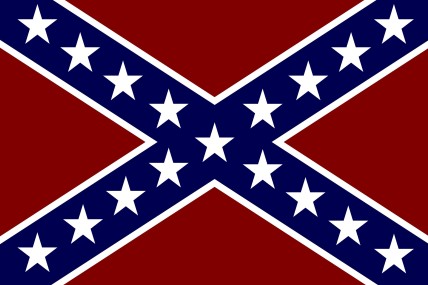 This is in direct opposition to a bill in Congress calling for a ban on Confederate flags from National cemeteries and Virginia cemeteries. A resolution by the Sons of Union Veterans of the Civil War was originally issued in 2000 in support of the Confederate battle flag. The SUVCW reaffirmed their support of the flag last year after the wave of controversy swept across the country. The resolution is as follows:

RESOLUTION OF SUPPORT DISPLAY OF BATTLE FLAGS OF THE CONFEDERACY 119TH NATIONAL ENCAMPMENT OF THE SONS OF UNION VETERANS OF THE CIVIL WAR LANSING, MICHIGAN AUGUST 19, 2000

After a recent vote, it was determined that the majority of residents in New Orleans are in favor of keeping the monuments that have recently come under fire of the politically correct hailstorm. This was also the case in South Carolina and Louisville, Kentucky. So if everyone wants to keep the flag, monuments, and other reminders of the Confederacy, why are the complaints of only a few being heard? I think it goes far deeper than just removing these reminders of our American past. In my opinion, it is all part of a larger movement to force a more restrictive government upon us.

“Any society which suppresses the heritage of its conquered minorities, prevents their history or denies them their symbols, has sown the seeds of their own destruction.”
Sir William Wallace, 1281 A.D.

2 thoughts on “Purging the Past is a Bad Idea”