Some People Will Do Anything To Get Their Way 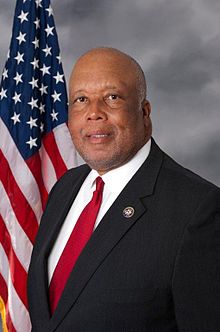 Recently, Rep. Bennie Thompson, D-Mississippi, went out of his way to have his own state’s flag removed from the tunnel at the U.S. Capitol Building. Thompson is upset the Confederate Battle Flag is featured on the state flag, so he has taken it upon himself to do away with it – his own state’s flag! The flag for the very state he represents! If this doesn’t lose his reelection, I don’t know what will.

Rep. Thompson called on Congress to remove the flag. However, when Congress failed to respond, he recruited Rep. Candice Miller, R-Michigan to do his bidding. Rep. Miller, the chairwoman of the House Administration Committee, ordered the Capitol architect to replace all of the state’s flags with commemorative quarters depicting each state instead. This enabled both Miller and Thompson to remove the Mississippi state flag without a full act of Congress. If they can’t have their way, then none of the state’s flags will be displayed! 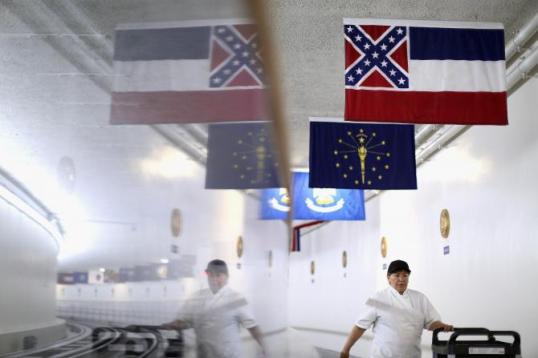 The flags are displayed on the wall of the tunnel that runs between the Capitol Building and a House office building. Visitors and members of Congress travel through the tunnel by walking or taking small subway cars.

Congresswoman Miller said that, even though the flags are being removed from the tunnel, each Congress member can display their state flags in their own offices. Every other Mississippi state lawmaker is still displaying the state flag outside their offices, except for Thompson, who has removed his.

Is the Mississippi State Flag “Anti-American”?
By Donald Livingston
http://www.abbevilleinstitute.org/blog/is-the-mississippi-state-flag-anti-american/