The Ugly, the Bad, and the Good 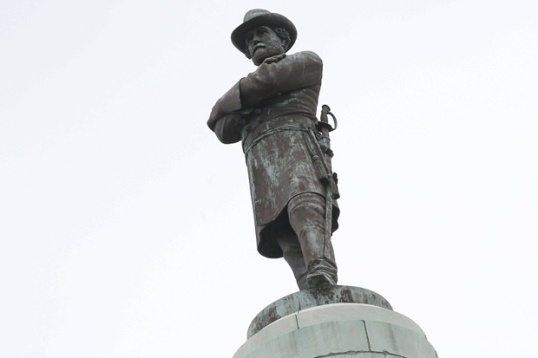 The ugly – It was decided last week by the mayor of New Orleans that three Confederate statues will be taken down. The statues in question are of General Robert E. Lee, General P.G.T. Beauregard, and President Jefferson Davis. They have been in place for nearly 130 years, but now, all of a sudden, they are considered inappropriate. This is just another example of politicians caving to the pressure of political correctness, and in this case, I think it has definitely gone too far.

The bad – The state of Mississippi is under fire for having the Confederate battle flag included in the banner, but citizens are fighting back. On Tuesday, January 19, a rally will be held at the Capitol in Jackson. The event is scheduled to take place from 10:00 a.m. to 4:00 p.m. Even though the people voted to keep their flag, it has recently become an issue again, because the state flag contains the Confederate battle flag in its emblem. I hope the Sons of Confederate Veterans are successful in obtaining enough signatures to petition keeping the flag as it is.

The good – Another small victory came when the Northeast Independent School District in San Antonio, Texas decided to keep the name of Robert E. Lee High School. Erasing history is an ongoing battle that doesn’t show signs of letting up. Using racism as an excuse for getting rid of all things Confederate is, well, inexcusable.

In another note, the Civil War Trust sent me a link to this awesome addition to their animated map collection: the entire story of the Civil War in 27 minutes. This is amazing so check it out: