Last year, Mississippi state officials discovered an oversight that had gone unnoticed for 150 years, so they finally ratified the 13th Amendment to the Constitution, thus granting slaves their freedom. Mississippi was the last state in the Union to do so. Now another oversight has been revealed. The Maryland state legislature is considering the reversal of the Corwin Amendment, which also concerns slavery.

Back in the 1860’s, Senator Thomas Corwin of Ohio attempted to pass a bill to block the United States government from overriding state laws allowing slavery. Ohio, Illinois, and Maryland voted in the amendment, but for various reasons, Illinois and Ohio dropped the issue. For some reason, Maryland did not. And strangely, their vote is still legal.

Enter college intern Shannon Welch of Bethesda, Maryland, who noticed the “glitch.” She brought it to the attention of state officials, who are now scrambling to change the law. So far, there doesn’t seem to be any opposition to changing the law. 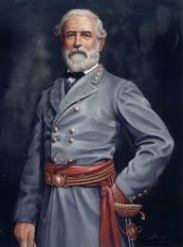 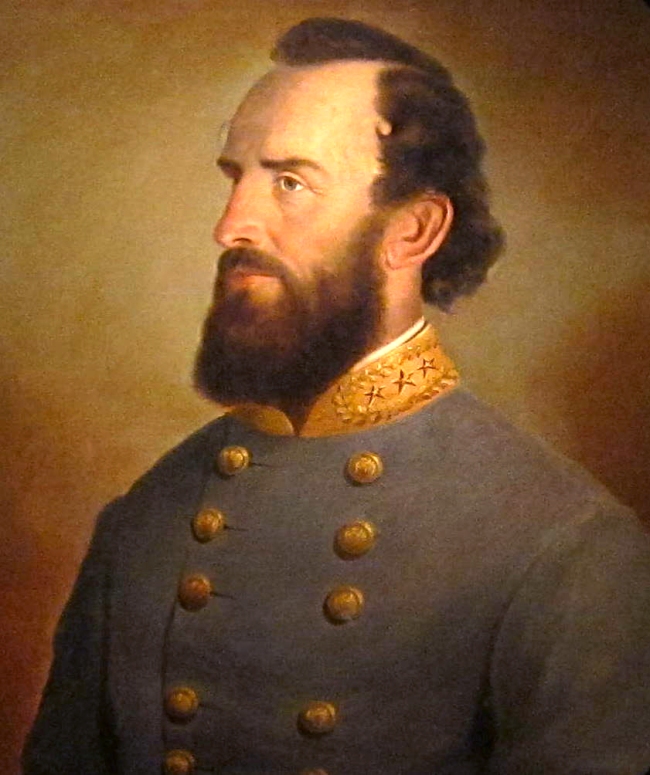 It seems the assault on Confederate history is never ending. Last month, the U.S. Army War College took under consideration whether or not it would purge its history of all Confederate generals. Apparently, the college received complaints from certain faculty members about two full-length portraits of Robert E. Lee and Thomas “Stonewall” Jackson that are currently on display. The staff members argued that the two Confederate generals were “enemies” of the U.S., and therefore, should not hold a place of honor in its hallowed halls.

I’m not sure if this issue has been resolved, but it is just another example of political correctness trying to eradicate our history. The school claims that this isn’t a racial issue, but I have to wonder. It doesn’t seem to matter that both generals graduated from West Point, fought in the Mexican War, held high-ranking positions with the U.S. military, and received military honors. After over 200 years, the case of trying to dispense with these portraits has suddenly become an issue.

If the school decides to “do away” with these portraits, what’s next? I’m sure they’ll find fault in Washington and get rid of his painting somehow. When it comes down to politics, nobody wins. 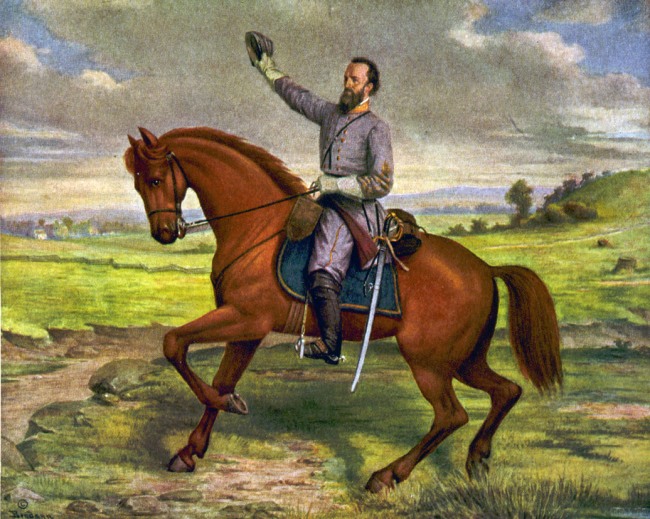 Thomas Jonathan Jackson was born on January 21, 1824. He acquired the nickname “Stonewall” after General Bee observed his stoic stance at the Battle of First Manassas. General Jackson’s brilliant military career was cut short when, at the Battle of Chancellorsville in May, 1863, he was accidentally shot down by his own men. General Jackson was a remarkable commander. He was quiet and shy, but effective as a commander and military genius. The following describes Jackson’s devout faith, as he always strongly believed that God was leading him and his country.

Robert Lewis Dabney was a Confederate Army chaplain and chief of staff to Stonewall Jackson. He gave the eulogy at Jackson’s funeral. The following passage is taken from his speech:

“Such was the foundation of the courage of Jackson. He walked with God, in conscious integrity; and he embraced with all his heart “the righteousness of God which is by the faith of Jesus Christ.” His soul, I believe, dwelt habitually in the full assurance that God was his God, and his portion forever.

“His manly and vigorous faith brought heaven so near, that death had slight terrors for him.– While it would be unjust to charge him with rashness in exposure to danger, yet whenever his sense of duty prompted it, he seemed to risk his person with an absolute indifference to fear. The sense of his responsibilities to his country, and the heat of his mighty spirit in the crisis of battle, might sometimes agitate him vehemently; but never was the most imminent personal peril seen to disturb his equanimity for one moment.

“It is a striking trait of the impression which he has made upon his countrymen, that while no man could possibly be farther from boasting, it always became the first article of the belief of those subject to his command, that he was of course, a man of perfect courage.”

In Honor of Two Great Americans 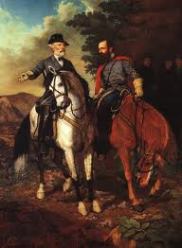 This weekend and next week mark the birthdays of two renowned American heroes: General Robert E. Lee and General Thomas “Stonewall” Jackson. Although the Confederacy for which they fought and/or died for ceased to exist, and was overcome by a unified government over states’ rights, these men served the military with bravery, distinction and nobility. This week I will honor General Lee, whose birthday is on January 19. An article of this remarkable man follows:

By Walter B. Barker.

The life and character of so noble a man as General Robert E. Lee is a theme that none but our greatest minds should discuss in public or in private, but with your permission the writer, who held an humble position on the staff of Brigadier General Jos. R. Davis, of Mississippi, (nephew of Jefferson Davis), in the Army of Northern Virginia, will relate two little incidents which happened at the “Battle of the Wilderness.”:

On the eve of the 5th of May General Lee, with General Stuart, rode to the front, where Stuart’s cavalry had encountered the advance of the Federal army. As they rode through the infantry, then awaiting orders, passing a farm house, three young ladies stood at the gate of the residence, holding a package, which from his gallantry, or good looks, or both, they entrusted to Capt. E.P. Thompson (nephew of Jake Thompson, and now a Mississippi editor), of General Davis’s staff, with the request that he deliver the same to General Lee. It contained three handsomely embroidered colored merino overshirts, very much worn in the army. Capt. Thompson at once rode forward to overtake the General, who had by this time reached within range of the shots from Grant’s skirmishers, and while under fire tendered the gift as from the ladies. General Lee, with his usual self possession and courteous bearing, said to Capt. T.: “Return my warmest thanks to the ladies, and be kind enough to deliver the package to one of my couriers: say that I trust I may see and thank them in person.

Early on the morning of the 6th, Grant, who had massed a heavy force in the immediate front of Davis’s Mississippi brigade, opened fire and began a forward movement on our lines at this point. Seeing we were unable to check their advance, Colonel Stone (since Governor of Mississippi), commanding Davis’s brigade, sent word to General Heth, division commander, that he must be reinforced, which brought to our aid a division of Longstreet’s corps, led in person by that able Lieutenant General. It was at this critical crisis that General Lee appeared upon the scene. After the enemy had been repulsed on the right, and while our chieftain was awaiting, in painful anxiety, information from our left wing, a courier — a mere youth — came dashing up with a message from Lieutenant General R.H. Anderson, his small pony panting like a deer that had been pursued by a pack of trained hounds. Delivering his sealed message to General Lee in person, who, after reading it, noticing how tired his pony was, said to him: “Young man, you should have some feeling for your horse; dismount and rest him!” at the same time taking from the small saddlebags attached to his own saddle a buttered biscuit, giving half of it, from his own hand, to the young courier’s pony. This act of consideration for the dumb beast made a lasting impression upon my then youthful mind, and taught me ever since to treat all animals as if they had feelings as ourselves. At the moment it occurred to me, hungry as I was, that he had better have divided his biscuit with the rider of the animals, or myself; but I soon appreciated the motive of his hospitality to the poor beast, and, as before stated, learned a lesson in kindness to animals I shall not soon forget.

Last week, The Los Angeles Times ran a story about a group of attorneys, who announced that they are calling for the removal of the Mississippi state flag from the display at Santa Ana’s Civic Center in Orange County, California. They say that the flag with the “Confederate design symbolizes racism and hatred.” In a statement, the Newport Beach-based Orange County Bar Association remarked that the flag, featuring the Confederate Southern Cross, is a symbol “inextricably linked to a legacy of racism, exclusion, oppression and violence.”

The association passed a resolution to remove the flag from Santa Ana’s Plaza of the Flags, which now features flags from all fifty states. “I am proud of the board of directors for passing this important resolution on the 150th anniversary of the Gettysburg Address,” Orange County Bar Association President Wayne Gross said in a statement. According to Gross, the Mississippi flag “has no place in or around courthouses.”

The association tried in 1997 to ban flags, specifically those of Mississippi and Georgia, but were unsuccessful. Since then, Georgia has changed its state flag. Mississippi is the only state left which features the Southern Cross in its design.

With so many problems surfacing in California over the past decade, why is this even an issue? Don’t they have more important things to worry about? This is similar to the problem that the City of Memphis has been dealing with over the past year. It seems that both cities need to get their priorities straight.

To me, this is yet another blatant example of ignorance on the part of lawmakers and politicians. If they studied their history, they would know that the Confederate flag DOES NOT represent “racism, hatred, exclusion, oppression, and violence.” The Confederate flag represents Southern heritage and pride. One hate group, the Ku Klux Klan, decided to claim the Confederate flag as their own, without permission from such honorable groups as the Sons of Confederate Veterans or the Military Order of the Stars and Bars. It is shameful to associate the KKK with the Confederacy as a whole. The KKK has also used the American flag, which flew over numerous slave ships. Should this, too, be banned?

There comes a point when political correctness has gone too far. This is just another example. If one state’s flag is denied, then various reasons will eventually surface to ban other state’s flags as well. We must not allow this kind of narrow-mindedness to prevail.

(And BTW Mr. Gross, the 150th Anniversary of the Gettysburg Address was last November.)

Congratulations to the winner of my November/December contest! Masondan won the first two books of my Civil War “Renegade Series:” “A Beautiful Glittering Lie” and “A Beckoning Hellfire.” Thanks everyone for participating. I really appreciate your support. Stay tuned for more fun things coming up!