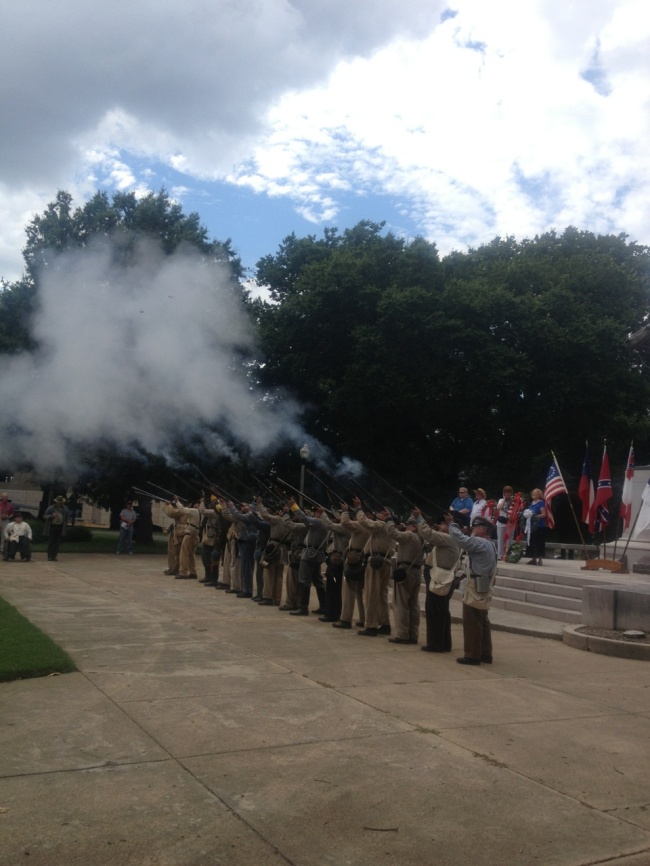 Yesterday, the annual Nathan Bedford Forrest birthday party took place at Forrest Park in downtown Memphis. There was an excellent turnout of local UDC and SCV members, as well as spectators and historians.

It’s great to see such a patriotic turnout in support of a true American hero. Although there has been a lot of controversy surrounding General Forrest, including the misconception that he founded the KKK (totally untrue – he wasn’t even a member), people still flock to this event every year to honor him. This is the first time in nearly five years that I have missed the event, sorry to say.

Over the past several months, Memphis city council members have overstepped their bounds and taken it upon themselves to rewrite history, desecrate the park, which is on the National Register of Historic Places, and attempt to change its name to something obscure and insignificant. The SCV has filed a lawsuit against the city. I, for one, can’t wait to find out the outcome. Let’s hope that history, and not bigotry, prevails.

One thought on “Forrest Birthday Celebration”